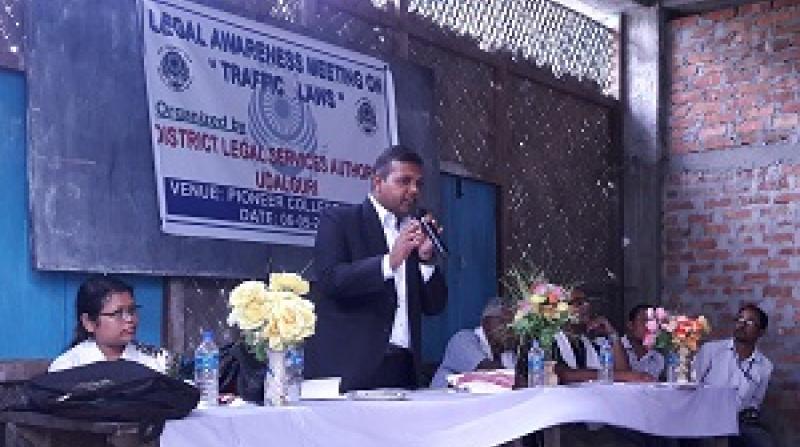 A legal awareness meeting on Traffic laws was held at National Pioneer Jr. College, Tangla on Friday. The programme was organized by District Legal Services Authority Udalguri. (DLSA) The meeting was presided over by Syed Parvezul Islam principal of the academy. The awareness meeting was addressed by Jayanta Brahma Advocate , Reboti Raman Sapkota journalist with The Assam Tribune. As resource persons Roushan Lal Civil Judge-Cum- Assistant Session Judge and Gitali Rabha Chief Judicial Magistrate of Udalguri district court attended the programme. The resource persons urged the students to consciously ride vehicles. To use helmets by both rider and Pilion rider. They also urged not to use mobile phones during riding, and use seat belts in four wheelers. The meeting was also attended by Ranjati Chowdhury Court Manager of Udalguri ,J.B Medhi Rector of the academy. At the end vote of thanks was conveyed by Dr. Nayan Borah .