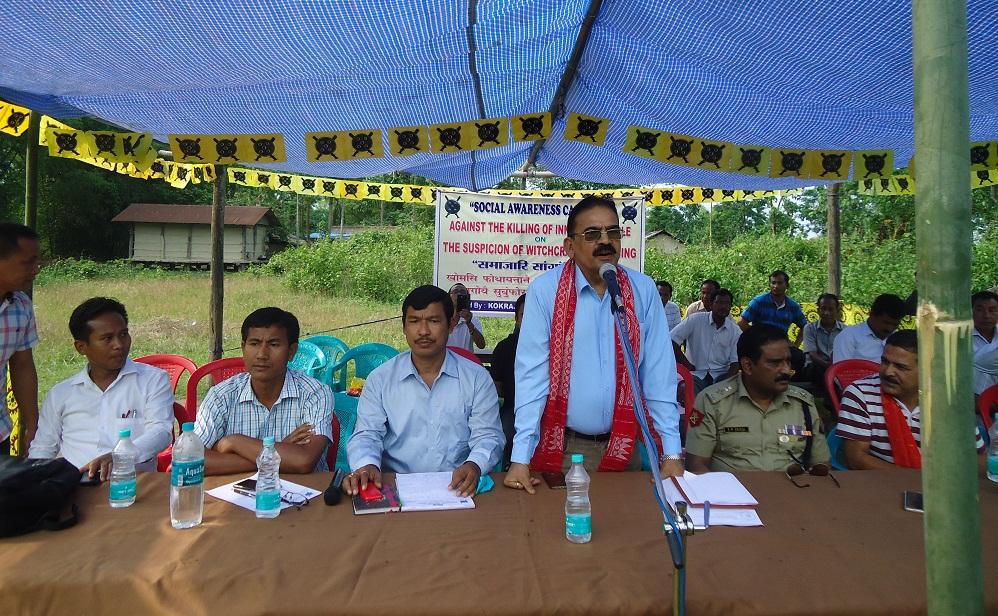 Kokrajhar district Committee of All Bodo Students Union(ABSU) organized a social awareness campaign against the killing of innocent people on the suspicion of witchcraft practicing at No.7 Aflagaon under Patgaon anchalik commitee in Korajhar district today.

It was organised to create sensitizing the people of the areas about the superstation believe and to stop the killing of innocent on the suspicion of witchcraft practicing, was chaired by Premjit Narzary,president of Kokrajhar district committee ABSU.

Sarma,in his speech appealed the common people of the area not to believe witch craft,which is a superstition believe and we need to eradicate this social evil from our society. Further, he also urged not to depend on the local Bez or Ojha, we must consult doctors in any case of health complication.

Shyamal Prasad Saikia,Kokrajhar SP said that police administration has been taking strong action against the culprits involved in witch hunting. The government of Assam has proposed to enact a special law to deal with the witch hunting cases to prevent and protect the killing of innocent people. The Bill proposes punishment from three years to life imprisonment,he mentioned.

A college going student was killed on April 22 last on suspicion of witch practices.There are many instances,but many are not reported. ABSU speaker Jayanta Basumatary said that the reasons of most incidents of witch-hunting have been reported from the rural areas are because of illiteracy and lack of medical and civic amenities. He mentioned that community must be sensitized to stop killing people in the name of witch hunting.

He appealed to the district administration to take legal action against the killing of innocent people in the name of witch hunting in the area. He said that belief is not evidence and accusation is not proof, the ‘witchcraft’ most often referred to through accusation, allegation and harmful superstition, exists only in the minds of those who believe the witchcraft, it must be stop. He has demanded that killers and culprits engaged in killing innocent by blaming them as practicing of witchcraft must be punished. 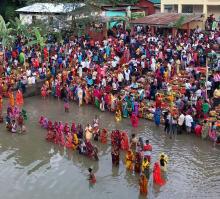 7 Oct 2008 - 3:10pm | editor
Noted singer and Sangeet Natak Academy award winner Dilip Sarma passed away on later Monday night at the Guwahati Medical College Hospital. He was 78. He was suffering from cancer for the last two...