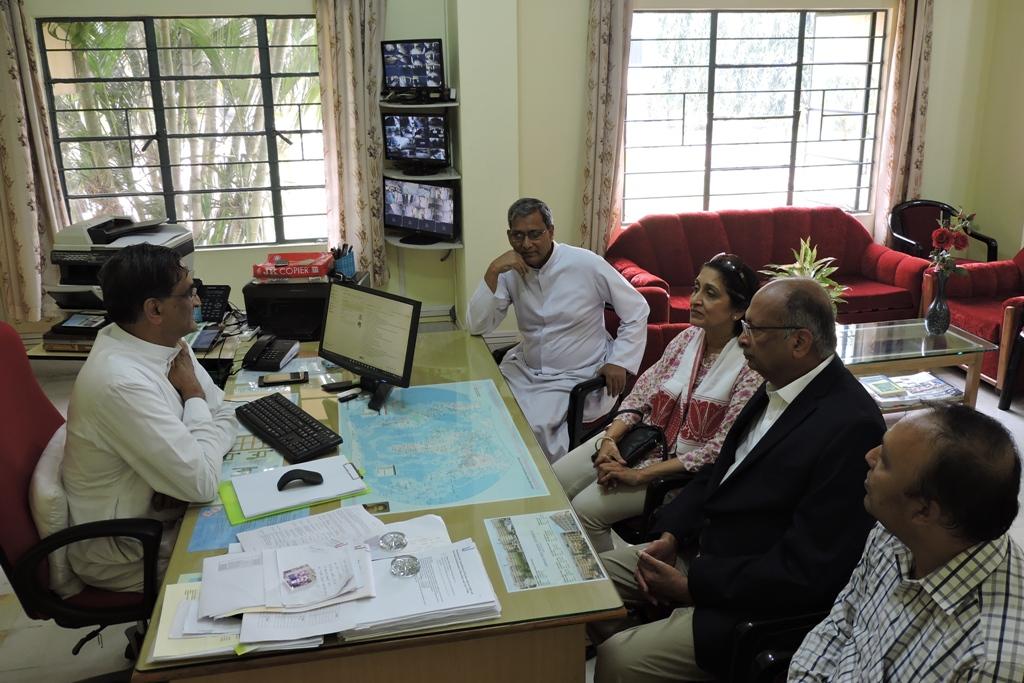 Over a period of one week two eminent Professors of Stanford University, USA visited the School of Technology of Assam Don Bosco University (ADBU) at Azara campus and interacted with faculty members and research students.

Professor Arogyaswami Paulraj, who is an Emeritus Professor at Stanford, visited the Azara campus of ADBU on 5th March.

Prof. Paulraj known as the Father of MIMO-OFDMA used in 4G technology met with the Vice Chancellor Dr Stephen Mavely and other officials of the University.

While interacting with the faculty members and Masters and PhD students of the School of Technology he said, “the key areas that will make an impact in the near future include Biotechnology, Information Technology, Nanotechnology and alternate energy.”

Prof. Paulraj who received a number of recognitions in India including the Padma Bhushan, the nation’s third highest civilian honour while visiting the two ADBU Nanotechnology labs had words of praise for the members of the Nano group.

“I am very impressed with the work done by you people,” he said while assuring his guidance and support.

Prof. Paulraj has over 30 recognitions which include the 2014 Marconi Prize and the 2011 IEEE Alexander Graham Bell medal.

The second visitor from Stanford, Prof. Aynur Unal, who visited ADBU last week is also a high profile semiconductor manufacturing supply chains professional of Silicon Valley. She has worked at Siemens, Lsi Logic and Flextronics as an executive for global manufacturing information systems and most recently with their spin off strat-ups Triada, e2open, Saqqara sytems, Datareliability, Amteus and finally Imjack.

During her interaction with ADBU officials, she laid stress on open innovation and lauded the efforts of the Nanotechnology group under the leadership of Professor Sunandan Baruah in developing customized instruments for research and also coming up with innovative products.

Most recently she has been bringing in the social responsibility dimension into her incubation and innovation activities by getting involved in social entrepreneurial projects on street children and ageing care. She is also the Strategic Adviser for Institutional Development to IIT Guwahati.

Both Prof. Unal and Prof. Paulraj visited ADBU’s permanent campus at Tapesia Garden in Sanapur and mentioned, “we are impressed with the progress made by the University in such a short span of time.”

The ADBU established in March 2008 is the first private state university of Assam.

12 Aug 2015 - 4:06pm | Hantigiri Narzary
Concern over the increase of human trafficking from the region, Nedan Foundation, a Kokrajhar based NGO, is taking the issue among the youths.Hundreds of youths from various institutions- school,...

6 Aug 2013 - 12:57am | Nava Thakuria
The employees of Natun Dainik, an influential Assamese daily newspaper of yesteryears will remember Chandra Prasad Saikia (popularly known among his follower journalists as CPS), its founder editor...