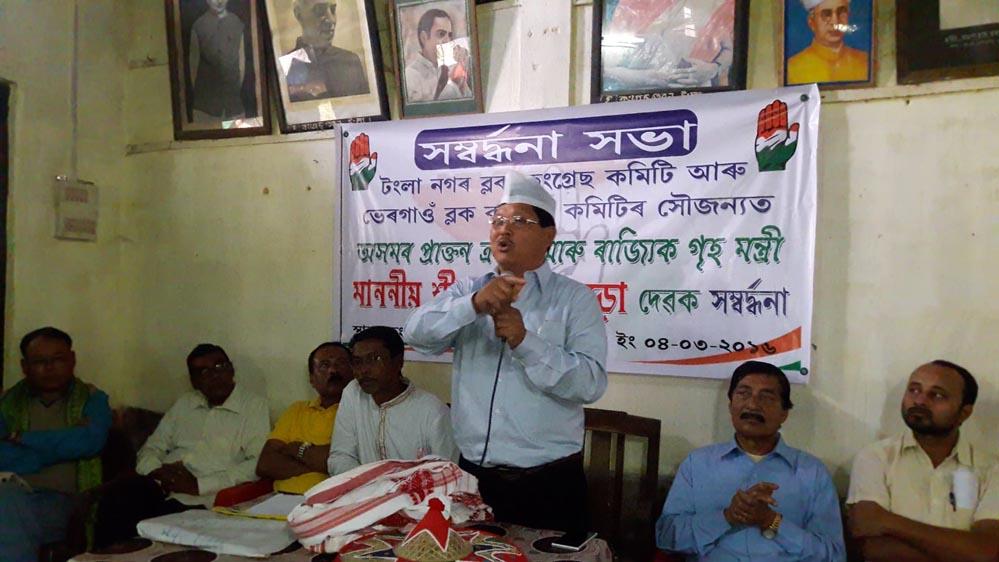 Former AGP minister Durga Das Boro who recently joined Congress was accorded red carpet welcome by Congress workers  of Tangla and Bhergaon Block Congress at Congress Bhawan of Tangla  today. Das is a one time MLA from 64 No. Panery LAC and a known face in the television and sports arena. Speaking on the ocassion Das remarked and challenged the divisive policy of the BJP. He also said that the state didn't get much in the Union Budget 2016-2017. He also remarked that state has lost its special status under BJP government. He also said that  BPF chief Hagrama Mohilary alias Thebla is the sole person responsible for underdevelopment of BTC region.It may be mentioned that the one-time AGP legislator (1985-91) is likely to be fielded by the Congress from 64 No.Paneri constituency of Udalguri district. Everything remaining equal, he could become the face of the Congress in the BTAD, insiders said. 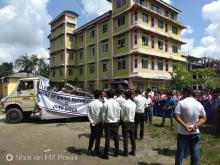 3 Oct 2019 - 7:23pm | AT Kokrajhar Bureau
KOKRAJHAR: A road safety awareness proramme was held in Kokrajhar district on Thursday by district transport office (DTO), Kokrajhar to create awareness on accident and traffic control in the...