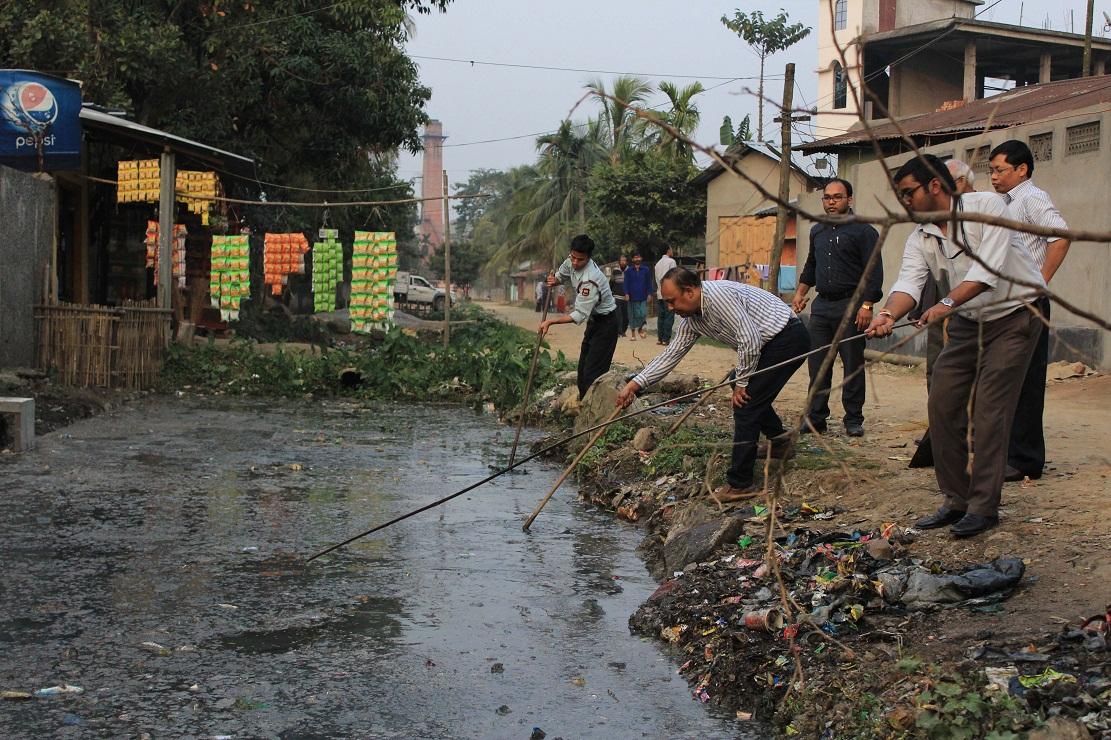 The power of one. The sight of clogged Kalmuni canal in front of the Assam Don Bosco University (ADBU) boys hostel with plastic garbage from local shops, stagnant and pollutant water giving out methane gas is nauseous. People protested, locals threatened to take action and gave ultimatum before media. Several rounds of discussions were carried out by university administration and hostel authorities at ADBU, Azara campus.

As no one stepped in to do anything, one Master of Social Science student borrowed a rake from the owner of Nurjahan store, one of the chief polluting agents who dump plastic and tetra pack waste from his shop, as well as cow dung from his cowshed into the canal.

On the following days teams of ADBU students joined after class hours in the evening to clean up garbage from the canal.

Following day some faculty members too joined clean up operations of the clogged canal which collected bath water from the boys’ hostel, and waste from neighbouring shops.

The university authorities employed staff to remove the polluting garbage heaped on the canal banks and help make the environment clean.

8 Oct 2018 - 8:56pm | Shajid Khan
UDALGURI: Journalist should fight for their due rights.Media as a fourth pillar if democracy has a great role to play in a democratic nation like India. The journalists  highlight the problems...

10 Mar 2018 - 2:30pm | AT News
GUWAHATI: Retired Justice BC Das will probe the allegations of HS examination paper leak in the science stream as the Assam Higher Secondary Education Council vows to take stern action.   The...