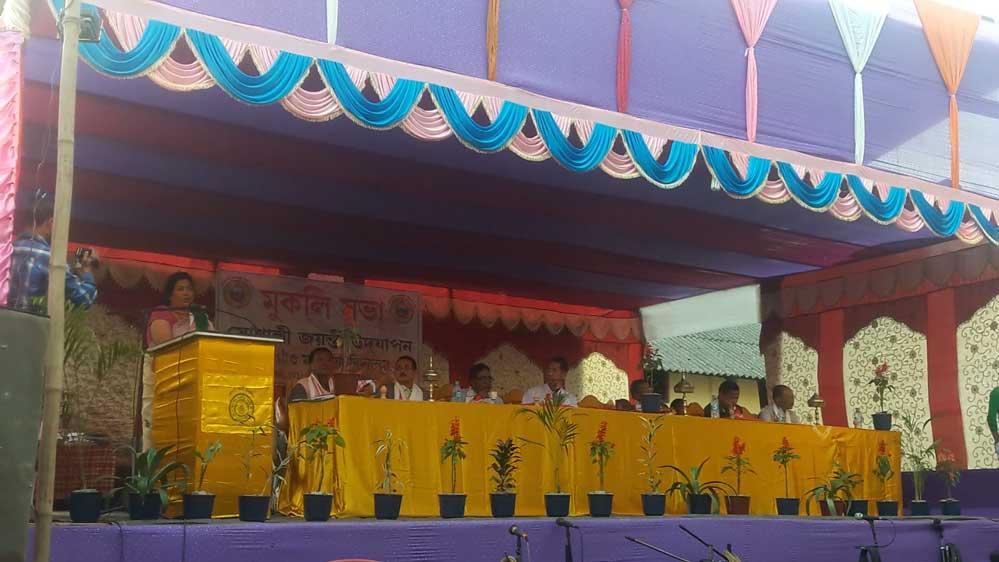 The golden jubilee celebration of Jhargaon MV School concluded at Jhargaon  in Udalguri district on Feb 7  with fanfare and gaiety.

The inauguration of the newly-constructed main gate of the school marked the beginning of the three-day celebration followed by a number of events including a discussion on the topic Importance of Education on Life: It's importance on personality development . Dr. Keshab Chandra Dutta Retd. Principal Tangla College and veteran journalist was the appointed speaker of the event. On Feb 7 an  open session was held which presided over by Ganesh Sarania. The session was inagurated by Dr. Ramchandra Deka Faculty Dept.of Assamese,Sipajhar College. A souvenir was also launched on the ocassion by Anuradha Sharma Pujari journalist and author .Several distinguished people including Lmswrao Daimari EM BTC attended the open session.

31 Dec 2016 - 5:54pm | AT News
he members of West Bengal Radio Club (Amateur Club) have launched a website to help the pilgrims, primarily the missing persons in the forthcoming Ganga Sagar Mela starting on 9 January next. The...

21 Oct 2012 - 12:14am | editor
Assam chief minister, Tarun Gogoi on Saturday released the white paper on the implementation of the Assam Accord saying that foreingers are no longer a huge problem to be dealt with. Gogoi claims...