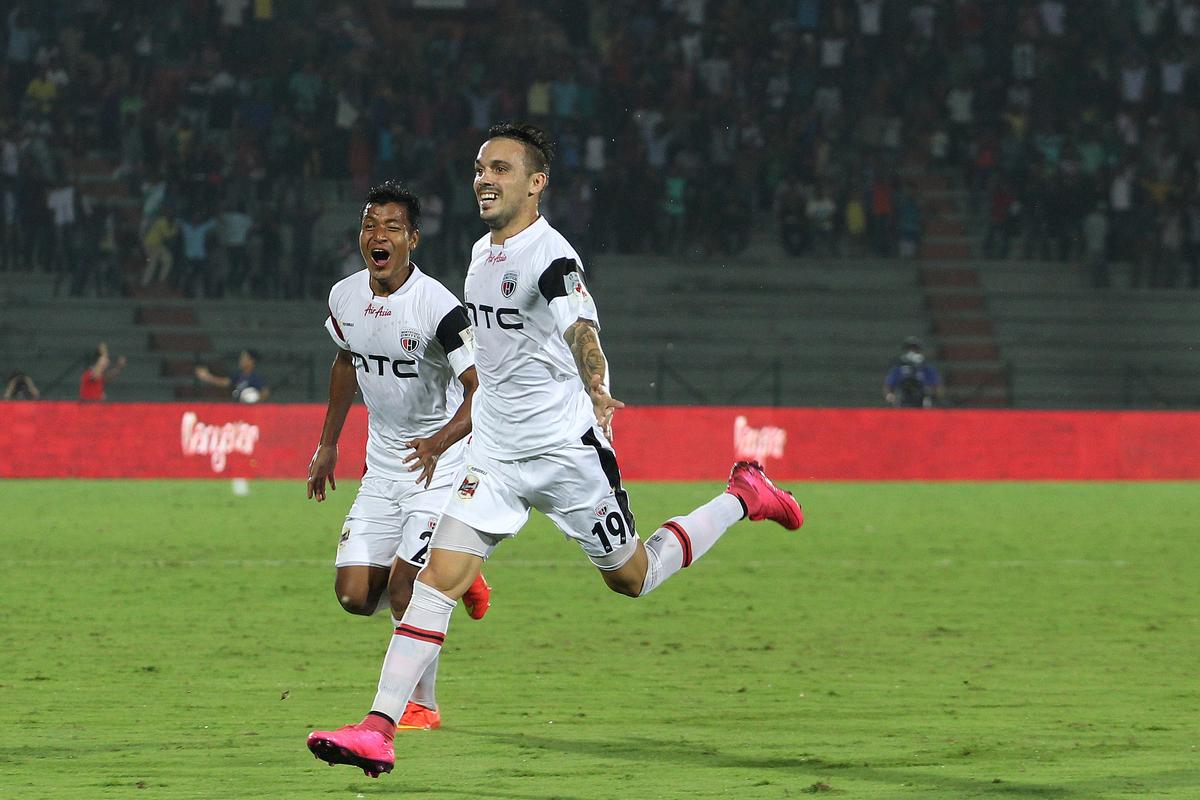 NorthEast United FC beat Atletico de Kolkata by 1-0 in the Match 19 of the Hero Indian Super League clash in Guwahati on Friday. Striker Nicolas Velez scored the mch needed goal for NEUFC in the 77th minute. The Argentine striker scored for the second successive game as NorthEast won two matches on the trot after losing three matches in a row. The Highlanders are now sixth on the table with six points.

9 May 2015 - 8:18pm | Ranjan K Baruah
Sainik School Goalpara, one of the pioneering institutes in the North Eastern region of the country, held its Investiture Ceremony for academic session 2015-16 in the school premises on 9 May 2015....

12 Jul 2015 - 12:24pm | AT News
The youth who sustained injury in the Paltanbazar city bus accident died on GMCH.GMCH sources told Assam Times that he died on Saturday afternoon 24 hours after the ABVP leader was rushed to it....