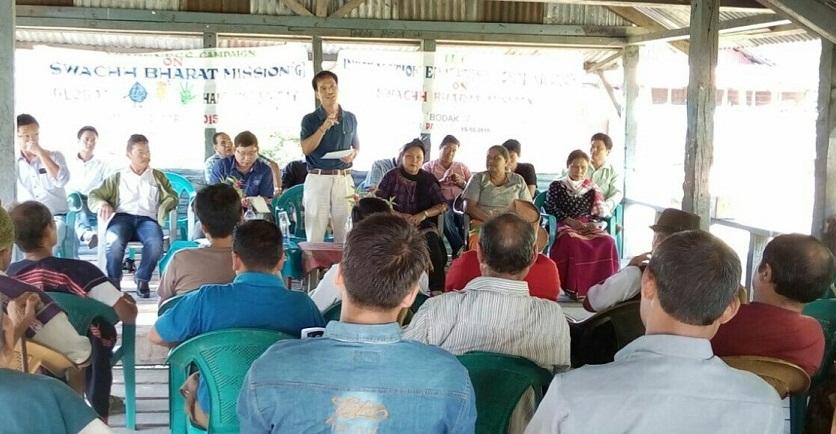 Participating the workshop, Chief Engineer (Sanitation) Er. T Ketan said hand washing is the most effective and inexpensive way to prevent diseases that claim millions lives in the world. He stressed on the importance of “raise a hand for hygiene” and stated that hand washing is one of the basic steps to prevent from diseases. He emphasized some basic steps to wash hand with soap before and after food and whenever our hand is dirty. He advised the departmental engineers to conduct more awareness campaign under Swachch Bharat Mission to sensitize the people.

Earlier, in his key note address Executive Engineer Welly said as official sources, due to unsanitary conditions thousands of children in India die every day due to diarrheal and pneumonia alone. These are preventable if one have good sanitary habits like washing hands with soap, Welly asserted and further opined that sanitation is not only a health issue but an environmental issue at large and encouraged the people to create awareness about it.

14 Jul 2016 - 1:40pm | AT News
Amid incessant rains two landslide incidents in Guwahati claimed two lives in the city on Thursday. The first incident took place in Nijarapar near Noonmati area in the morning where a woman was...