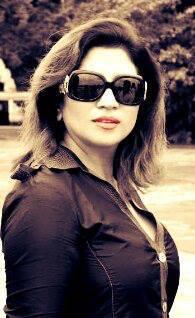 CBI is all set to produce Manoranjana Sinh before the Chief metropolitan magistrate on Thursday a day after the country’s investigation agency arrested the media baron in connection with the chit fund scam.

Sources told Assam Times that the CBI special investigation team probing the multi crore deal has been interrogating Sinh whom they are expected to seek in their custody for ten days.

CBI arrested Sinh on Wednesday for refusing to cooperate when she was questioned at the CGO Complex in Kolkata on her deal with Saradha chief Sudipto Sen.

Sen in his purported letter to the CBI revealed that Sinh took money from him in the name of a satellite news channel in Guwahati. But he did not get his money back even after she scrapped the deal.

24 Apr 2014 - 7:11am | AT News
Voting is underway in Guwahati Lok Sabha constituency with a peaceful note on Thursday. The turn out is expected to be huge in view of the rush of voters in front of the polling booths.Altogether19,...