SBI organized a mega campaign on Pradhan Mantri Mudra Yojaya for needy persons at Daporijo at the Conference Hall of Singik hotel in Arunachal Pradesh on Thursday.

DC Komkar Dulom along with many officers, local businessmen and aspiring entrepreneurs attended the function. The DC encouraged all to avail the benefit of the loans provided by the banks to set up businesses and their expansion, but stressed that loans have to be repaid in a timely manner for the benefit of the businesses as well as banks. 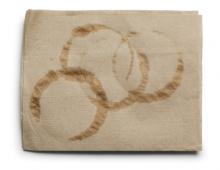 Blast and after: Eerie silence in Guwahati

2 Jan 2009 - 3:36pm | editor
An eerie silence is all what grips Guwahati a day after the city was rocked by a string of blast whuch left 5 dead and over 50 injured.The Centre confirms it a handiwork of ULFA and even police...