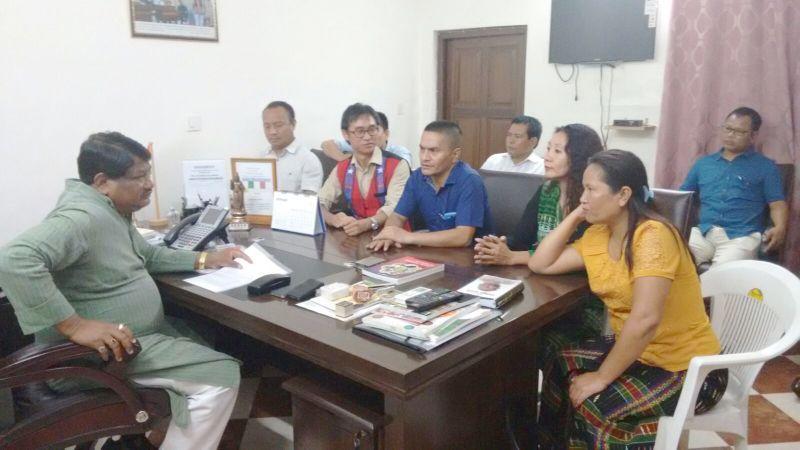 The Manipur tribal organizations functioning in New Delhi start mounting pressure on the Centre for an amicable solution to the issues confronting them for decades.

They further submitted memorandum to the President and tribal affairs minister outlining the major concerns of the hill people and got assurance from the delegations that they would do the needful.
The delegations requested the President to meet MHA Internal Security secretary Ashok Prasad, who visited Churachanpur on Tuesday spending about 3 hours with the people of Churachandpur.

The team strongly urged the President that the secretary must be consulted before he makes any decision to the bills, when the bills come to his office for consideration.

10 Feb 2010 - 12:52am | Amarjyoti Borah
“Caring for wetland –an answer to Climate change”, “Save Wetland Save Greater Adjutant”, “Wetlands are the Kidney of an ecosystem” - with these important...