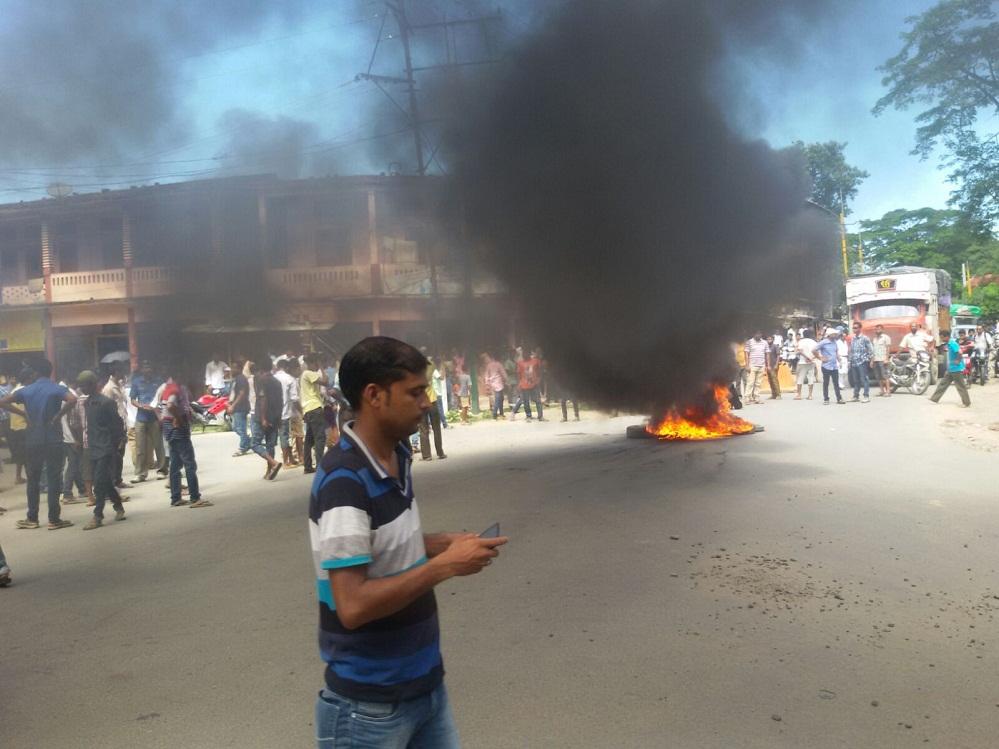 Nazira erupted in massive protest a day after four miscreants, allegedly aided and abetted by a policeman, killed a driver on Friday. Local residents in the upper Assam township spilled into the roads and restricted the movement of the vehicles demanding stern action against the culprits now in police custody.

The incident took place on Friday night when a gang of 4 miscreants, who are allegedly involved in the crude oil pilferage, killed an oil tanker driver, Bablu Khan. A section of local residents told Assam Times that the gang who traveled on the car owned by police ASI Hari Narayan Dutta caught Khan to be killed on the spot.

All the four accused persons are believed to have been involved in crude oil pilferage. Angry local residents on Saturday thronged in front of the police station demanding proper investigation and punishments for the culprits. They further demanded action against police ASI Dutta whose vehicle was used by the accused to commit the gory killing of the driver.

4 Mar 2014 - 5:13pm | AT News
Three persons were killed and four others have been injured at a tragic road mishap in Karbi Anglong district on Tuesday.The incident took place at Hamren at around 11 in the morning when a truck...