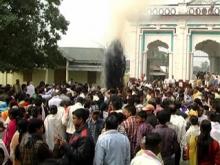 18 Jan 2011 - 3:32pm | Juthika Das
Barpetians also observed ‘Bhogali Bihu’ or ‘Magh Bihu’ with satriya tradition and gaiety in spite of the excessive price hike along with the entire state. The Barpetians...