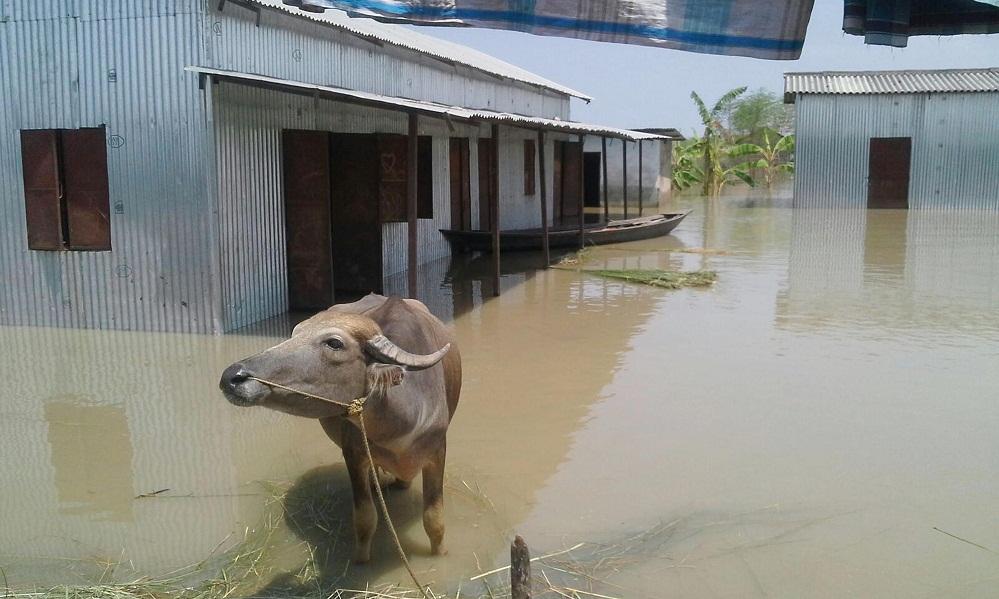 Flood scene marginally improves on Sunday. But it might resume the worse turn if rains return in the catchment areas of Arunachal Pradesh. The water levels of the Brahmaputra stopped surging during the last 12 hours following a brief respite from the rains.

In Dibrugarh and Dhemaji towns flood waters have started receding marginally from Sunday morning. But it would take at least a week to help the towns get out of the blues. Major roads and buildings are still under surging waters. Same situation prevails in Tinsukia district where flood waters continue to wreak havoc following the incessant rains that lashed the entire state.

The scene is not different in Sonitpur, Goalpara, Kokrajhar, Chirang, Nagaon, Barpeta, Morigaon where lakhs of people are taking shelter in the relief camps set up by the government. A section of the refugees have been alleging inadequate relief materials in some areas. They accused the district administrations of not doing enough to help them get a respite from the plights.

Rajkhowa, 2 others to be produced before CJM

26 Dec 2009 - 4:06pm | editor
The Arrested ULFA top guns Arabinda Rajkhowa, his military sopkesman Raju baruah and security man Raja Borah would be porduced before the court of Kamrup Chief Judicial Magistrate on Saturday as the...