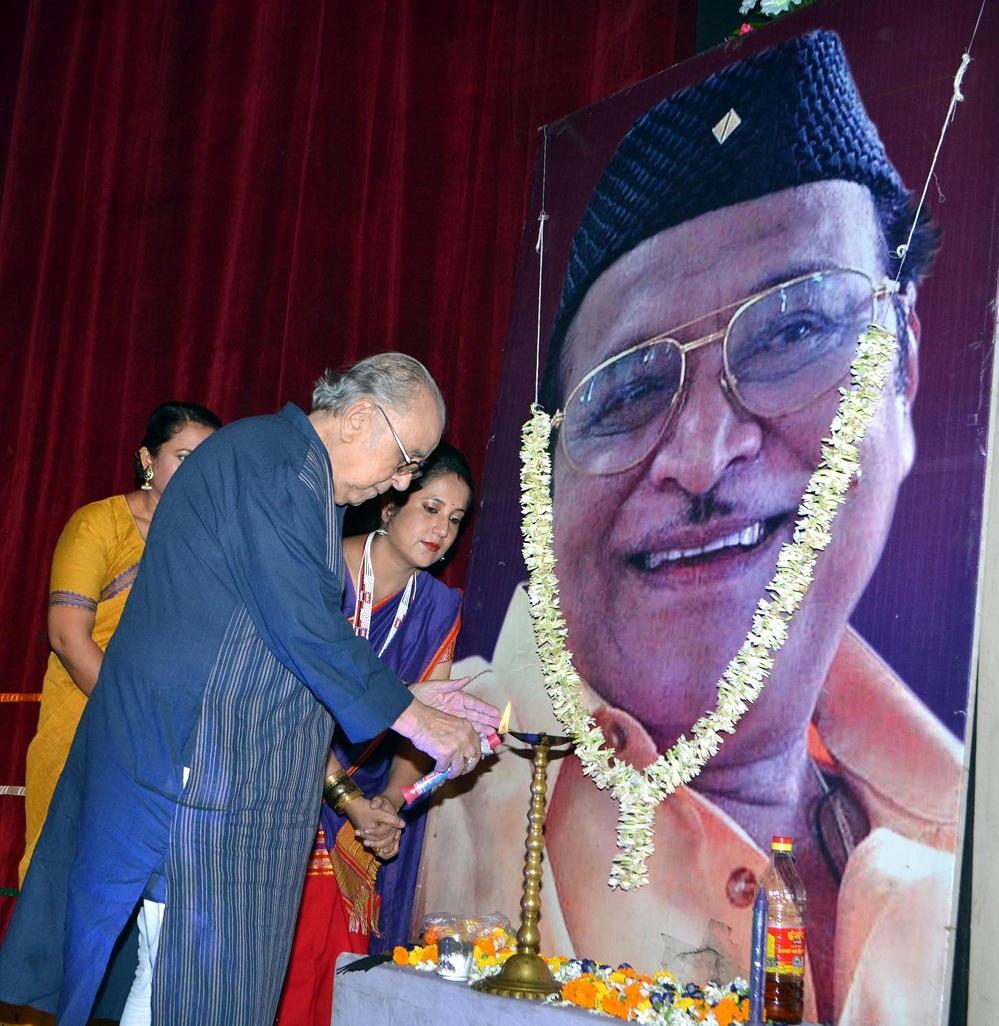 The 89th birthday of Dr Bhupen Hazarika is being observed as a month-long celebration in Assam and the rest of the country. The world of Dr. Hazarika came to life in a grand function organised by the prominent socio-cultural association Luitparia Sanskritik Gosthi at the Rabindra Bhawan on September 1. The function entitled 'Upaja Mahot Hudhakonthak Suwaran' was inaugurated by veteran actor Dilip Kumar Hazarika. This well-known actor who appeared as Piyali Barua and around whom the famous song 'Buku Hom Hom Kare..' was picturised in the landmark Assamese film 'Maniram Dewan', musically composed by Dr Bhupen Hazarika, delivered a stirring keynote speech. Everyone in the audience listened intently as Hazarika, an engaging speaker, regaled his audience with various anecdotes from his checkered career, including his close association with Dr Bhupen Hazarika. A minister or a political leader couldn't possibly have made that much of an impact. 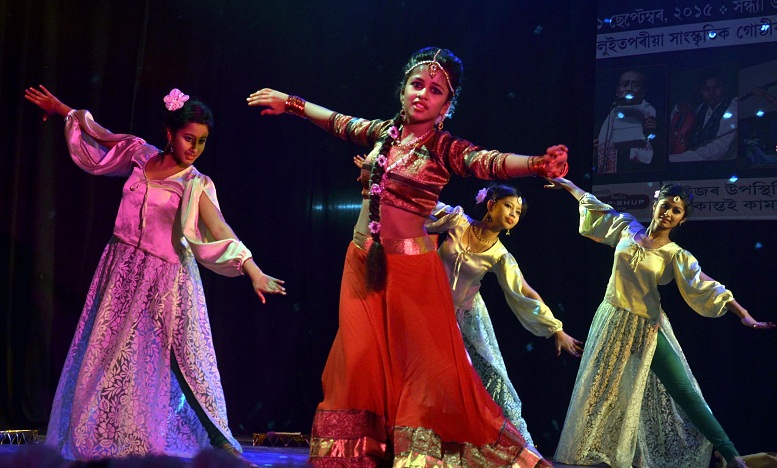 The cultural evening kicked off with a scintillating display of dance by talented new generation dancer Rodali Bora to the popular devotional tune 'Aa Joy Raghur Nandan, Aa Joy Raghav He..'. Soon after, several kids and young dancers danced to a medley of Dr Hazarika's evergreen tunes. Shristi, Pankaj, Lukas, Ragini, Ankit, Jivitesh, Runak, Nisha among others regaled the audiences with their dancing skills in songs like 'Kinu Mayare Jorire..', 'Autorickshaw Solau..', 'Gaile Ki Asiben..', etc. Altogether 17 dancers danced to the popular song 'Senehir Phota Riha..' which was rendered by Dr Hazarika in duet with Sandhya Menon. It was back to Rodali to enthrall once more. The young dancer danced to the Hindi, Assamese and Bengali versions of the haunting melody 'Buku Hom Hom Kare..'.  Like the opening song, this too was a very enjoyable presentation. Rodali was accompanied on stage by several dancers, including Snigdha, Niki, Akangsha among others.

Several youngsters danced to the tune of 'Natun Natun Saah..' -  a song that epitomizes strength, courage, energy and hope. This  was followed by a group dance performed by several actresses to the tune of 'Gupute Gupute Kiman Khelim Alingonor Ai Khela..'. Both the Assamese-Hindi versions of  the song was played on stage. It sort of cast a magic spell on the audiences. The Hindi version was rendered by Lata Mangeskar.

It was now the turn of Dr Hazarika's youngest brother and prominent singer Samar Hazarika to perform on stage. Hazarika presented evergreen hits like 'Suwarani Mur Rangoli Jeevan..', 'Liyen Macao..' and 'Aah Aah Ulai Aah..' with his trademark style to the delight of the audiences. Samar Hazarika also mentioned of his fond association with Luitparia Sanskritik Gosthi's 'Upaja Mahot Hudhakanthak Suwaran', which has grown in stature over the years.

After Samar Hazarika, it was the turn of well-known violinists Manoj Barua and Purabi Sarma to mesmerize the packed capacity crowd with their lucid interpretations of Dr Hazarika's songs. Following every nuance and detail, it was collaboration of a high order.

It soon came to knowledge that students, teachers and guardians of Guwahati-based missionary school St Frances De Seles have been providing unstinted help and support to Luitparia Sanskritik Gosthi since its inception. Various cultural items during the show were directed by Sitarani Hazarika, Ranjit Gogoi, Akash Jyoti and Monalisha Barua. Our sincere thanks to chief organizer Rosy Bora and other members of her team for giving us the opportunity to enjoy the programme. Luitparia Sanskritik Gosthi deserves big praise and appreciation for organising such a show, which is being held every year in honour of legendary artist Dr Bhupen Hazarika.

14 Jun 2009 - 11:25am | Bikash Das
Tamulpur Police and CRPF today recovered seven Granades from one Public Bus namely Deendayal (AS-01/G7298) coming from Darranga Mela towards Rangia at around 12 pm at Tamulpur under Bagsa district. A...

15 Mar 2014 - 8:14pm | AT News
KMSS on Saturday made it plain and simple that under no circumstances, they would halt their agitation for the landless lot.Addressing a press conference in Guwahati, officials of the organization...

9 Jun 2015 - 11:26am | AT News
Flood situation refuses to improve on Tuesday following incessant rains in Arunachal Pradesh for the last couple of days.The Brahmaputra and its tributaries are flowing above the danger mark in...