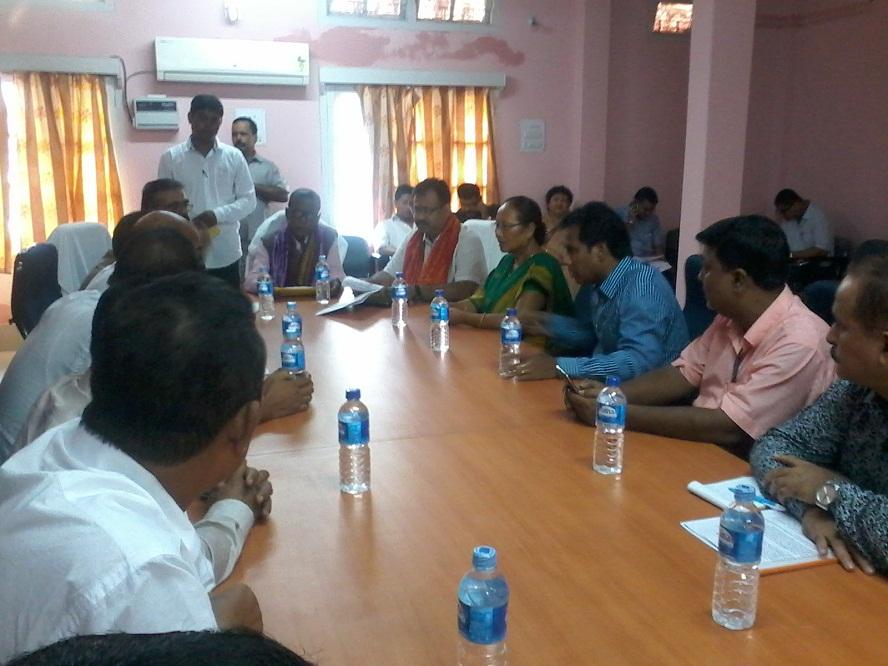 Revenue minister Bhumidhar Barman and water resources minister Basanta Kumar Das visited Kokrajhar to take stock of the flood situation in the district on Saturday. The duo reviewed the situation at a meeting of district administration officials and MLAs and BTC administration representatives at the Circuit House in Kokrajhar. They visited Kokrajhar under direction of Chief Minister Tarun Gogoi and took stock of the situation where two people lost their lives apart from damaging crops.