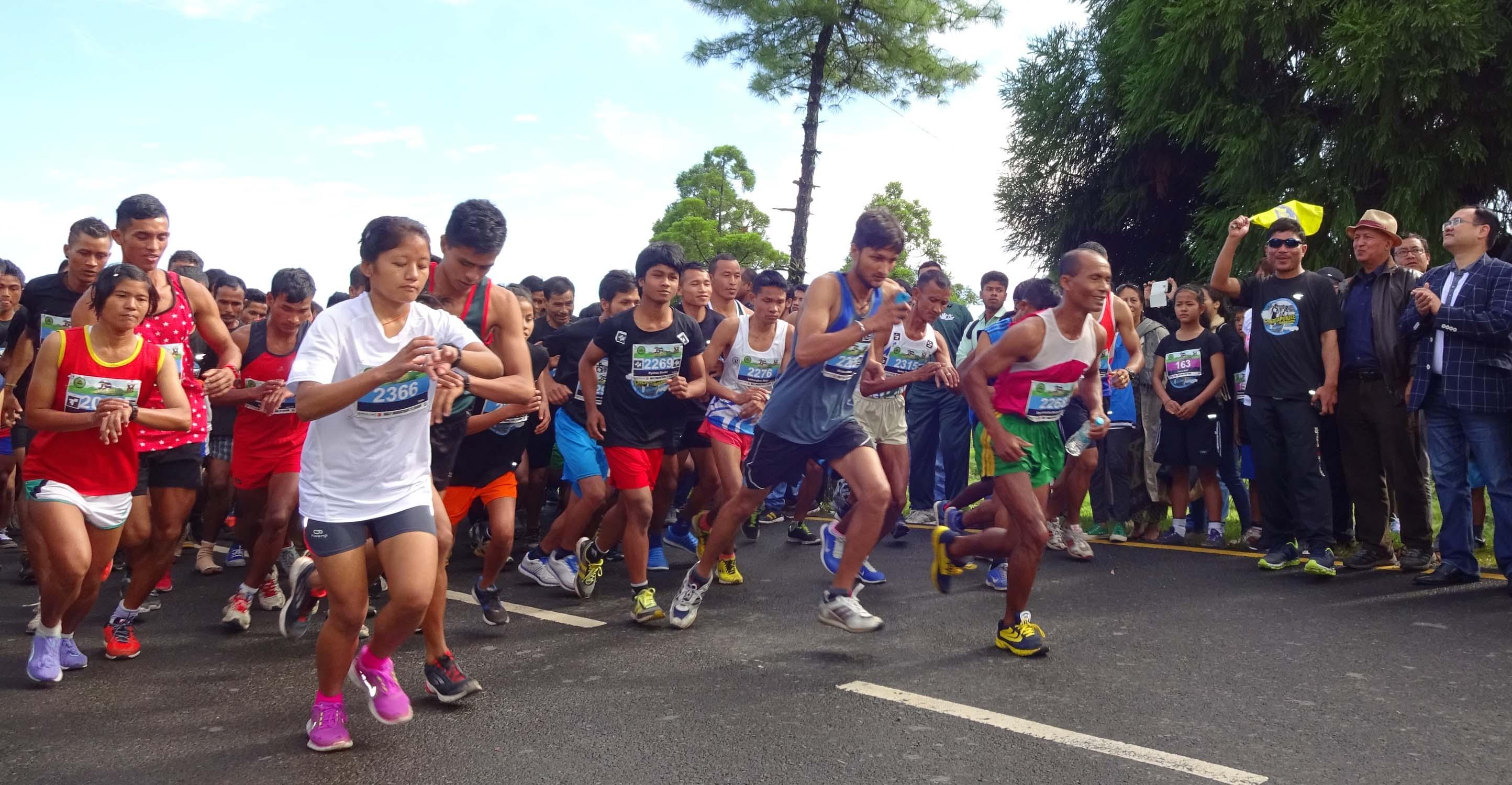 Thousands of people from all walks of life, including the ministers, bureaucrats, officials, bankers, policemen, tourists, parents, children and persons with disabilities participated in the 2nd Sohra Marathon, 2015 which was flagged off at Mawkdok by Chief Minister Dr. Mukul Sangma, who also joined the runners in the marathon on Friday morning.

The events of the day included Full Marathon (42.2 km), Half Marathon (21.1 km), 10 km Run and Kids Fun Run. Music and cultural events added a feel of festivity around the venue and enthralled the visitors.

The first three winners of the Full Marathon in the male category were Vikas Kumar from Delhi, Jomsingstar Ramsiej and Honton Rynjah, while Shyamilee Singh, Darishisha Iangjuh and Habari Warjri bagged the first three positions among the females.

The event was jointly organized by Sports & Youth Affairs and Art & Culture under the Chief Minister’s Youth Development Scheme along with sponsorship from many agencies including the State Bank of India.

23 May 2016 - 7:12pm | Sasanka Talukdar
Two youth died on the spot in a fatal accident at Baghmara, Monday around 2.30 pm. The incident happened at Bajali when the duo's speeding motor cycle collided with a truck head on after hitting a...

19 Nov 2016 - 11:09am | AT News
Two more army jawan died in ULFA-I’s attack on the Kumaon regiment in Tinsukia district on Saturday morning. The two jawans succumbed to injuries at the hospital where they were battling for life....