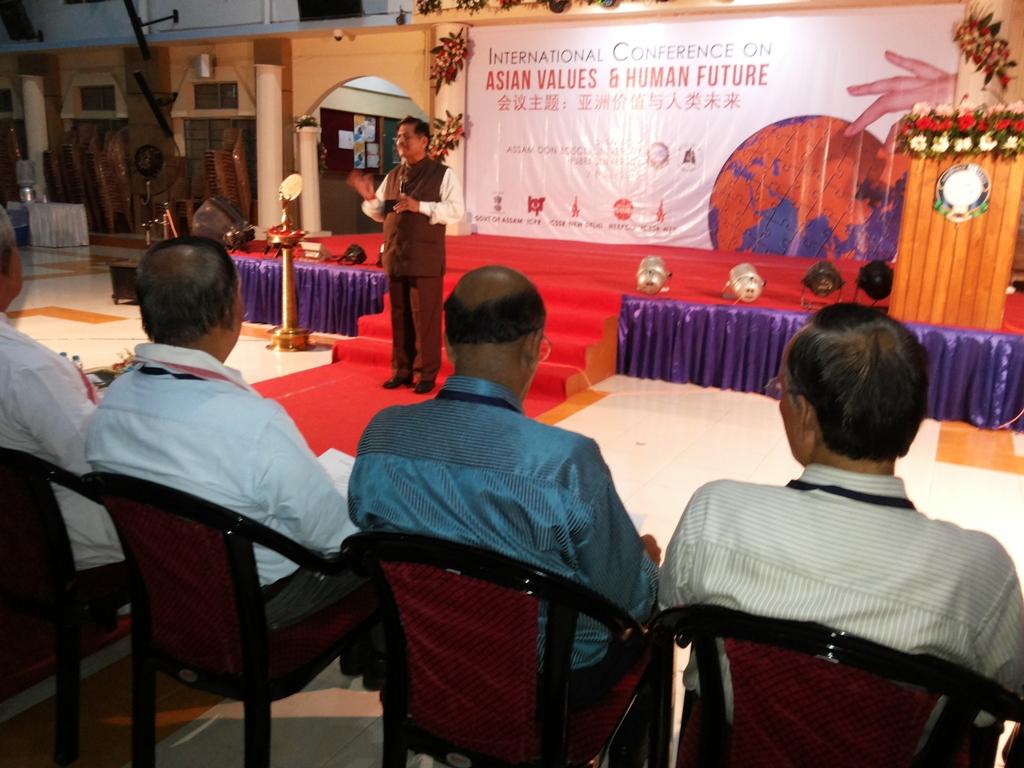 Organizers say, “Hitches in the timely procurement of travel documents from Indian embassy in China is said to be the cause of their absence.”

“We have been trying our best over the past weeks to get the delegation come over to participate in the conference,” say the organizers.

“I have no response yet from Modiji,” says Fr Nellatt.

Highlight of the inaugural session included one hour opening ceremony followed by cultural program by the Assam government’s Ministry of Culture as well as an exhibition portraying the history of Assam by Assam State Museum.

Take up dam issue with Xi: CM to PM

18 Sep 2014 - 9:49pm | AT News
Chief Minister Tarun Gogoi urged Prime Minister Narendra Modi to take up the issue of construction of dams on the river Brahmaputra river Chinese President Xi Jinping who is on a visit to New Delhi....

2 Feb 2014 - 1:06pm | Nava Thakuria
His Holiness 14th Dalai Lama today met the Tibet Support Group, Assam and said that the non-violent movement for freedom of Tibet will set an example for hundreds of other nations who are struggling...