The Assam Flying Club initiated by the Late Radha Govinda Baruah became completely dysfunctional since 2010. The Government of Assam and all concerned departments of the Central Government completed all formalities to this effect.

However, in 2014, the flying club sprang back under the initiative of the College of Aeronautical Engineering. The first non-government maintenance base is established at theLokpriya Gopinath Bordoloi International Airport, Borjhar, Guwahati. The same became possible after the visit of the Secretary to the Honorable Civil Aviation Minister including Secretary, Civil Aviation and Chairman, Airports Authority of India on one occasion.

The Assam Flying Club is registered under the Assam Society Registration Act 1960. It has a new bye law constituted and approved. The club is established under the presidentship of CM Tarun Gogoi and prominent members like Prafulla Govinda Baruah, Dhirendra Nath Bezboruah, Air Commodore (Retired) Iqbal Hazarika, Captain K K K Singh, Captain Robin Bardoloi and few more. Bikrom Singha Lahkar is the secretary of the club. He earlier resigned from the government nominated post in January 2014, after completing a tenure of four months in October 2013. This was informed to the media in a press meet on Saturday 9.

The Club is due to receive two aircrafts from the Aero Club of India. Cessna, USA and Director General of Civil Aviation, Ministry of Civil Aviation, Government of India, has dispatched several aero plane parts and equipment to the Club. The Assam Flying Club is also receiving active support from the Delhi Flying Club, Bombay Flying Club and few organizations based in Kolkata and Delhi for its revival.

While states like Haryana, Karnataka, Tamil Nadu, Madhya Pradesh, Punjab and Andhra Pradesh received 6 to 7 crores for the revival of their flying clubs, the Assam Flying Club have received a mere 30 lakh rupees.

The Assam Flying Club and the College of Aeronautical Engineering aims to establish and develop the aviation sector in Northeast India which is presently in a very poor condition.

1 Mar 2012 - 2:30pm | editor
Amid tight security, the Assam Assembly begins its budget session from Thursday. The month-long session opens with Governor JB Patnaik’s speech. A set of crucial bills are expected to be passed...

16 Sep 2017 - 6:51pm | AT Kokrajhar Bureau
Bodo community’s greatest novelist,Sahitya Pensioner Chittaranjan Mashahary has been hospitalised due to aillment two-day back at Kokrajhar RNB civil hospital. Mushahary has been suffering from... 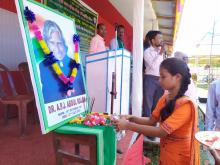