Assam Chief Minister Tarun Gogoi wants CBI to probe into the death of 14 workers in Meghalaya which still shrouds in mystery.

In his letter to his Meghalaya counterpart Mukul Sangma on Saturday, urged him to hand over the case to the CBI to ascertain the real cause of death.

Gogoi, further introduced a money help of Rs one lakh to the subsequent of kin of the deceased and expressed his deep condolences to the bereaved households.

The Chief Minister had earlier directed Additional Chief Secretary Shyam Lal Mewara to enquire into the circumstances main to the death of the labourers with cooperation from Meghalaya government. 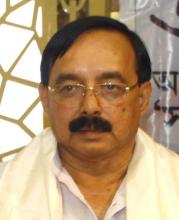 13 Jan 2021 - 12:50pm | Raktim Baruah
Bajali in the lower Assam has become the 34th district of the state, after governor Jagdish Mukhi issued a notification in the regard. In the notification governor has stated the newly formed...

31 Mar 2008 - 3:00am | editor
Five people died three others have been injured at a tragic accident at Dibrugarh district's Kutuha area on Sunday morning.According to information, the accident took place in Kutuha near Barbaruah...