6 Oct 2017 - 11:28am | AT News
Five people are feared dead when the helicopter carrying them crash landed in Arunachal Pradesh on Thursday.  The incident is believed to have taken placed at a remote place near Tawang in... 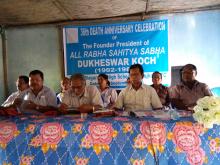