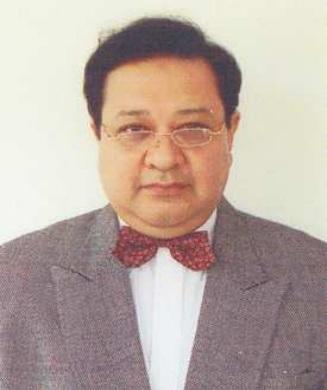 Dr Syed Iftikar Ahmed, chairman of Guwahati based NGO ‘AIDS Prevention Society’ and a member of Lions Club of Narangi (District 322D) has been invited to attend the Lions Day program at United Nations’ headquarter in New York. The theme of Lion International program, to be held in the first week of March 2015, is ‘Children in Need’ and it will be addressed by key UN speakers dwelling deeper into the subject matter.

Dr Ahmed, who designed and implemented a flagship project in India for preventing the children from acquiring HIV from their infected mothers, is scheduled to present the outcome of the project at the UN meeting. The European Commission in Brussels had already honoured the innovative scientific research project in an international competitive bid.

The project, implemented between 2001 to 2007, involved the screening of 6,000 antenatal mothers who were administered anti retroviral drug ‘Nevirapine’ and it showed encouraging outcomes with drastically reduced rates of infection from the mother to the newborn baby. The entire process was monitored by the European Commission experts and was evaluated by the scientists belonged to Indian Council for Medical Research.

President of the North East India Harm Reduction Network (NEIHRN) Dr Ahmed earlier attended the UN General Assembly’s a special session on HIV/AIDS in 2008, where he successfully raised the serious issue of Hepatitis C & HIV co-infection that had taken many lives including young people till date in northeast India.

7 Jun 2012 - 4:40am | editor
Despite overcast skies, star-gazers and scientists lined up at the venues across Assam on Wednesday morning to get a glimpse of Venus passing over the Sun. Venues in all the districts were teeming...