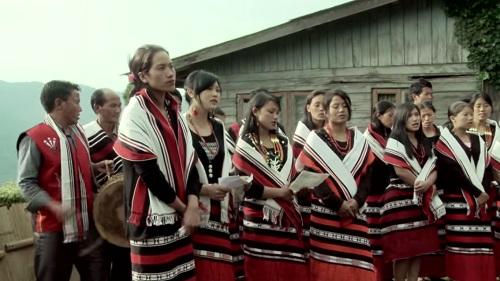 “Songs of the Blue Hills”, the critically-acclaimed documentary on contemporary Naga folk music directed by National Award-winning film critic and filmmaker Utpal Borpujari, has added one more feather to itself by getting invited to the North Carolina Global Film Festival in the United States.

Produced by Centre for Cultural Resources and Training (CCRT) of Union Ministry of Culture, the film has already been screened in many prestigious film festivals across the world.

“Songs of the Blue Hills” was also in Competition at the Eighth Annual Asia Pacific Screen Awards (APSA) in Brisbane, Australia, organized in collaboration with UNESCO and FIAPF (International Federation of Film Producers Associations) to celebrate the diversity of cinema from the Asia Pacific region.

Apart from this, the film has had special screenings at the Rajasthan International Folk Festival in Jodhpur and Samvaad, an all-Indian tribal conclave organized by Tata Steel in Jamshedpur and the 18 Degrees Film Festival in Shillong.

“Songs of the Blue Hills” takes the viewer in a journey of contemporary Naga folk music practices and brings under the focus both the music and the debate between purists and those who believe in experimenting with folk sounds.

14 Oct 2007 - 5:47am | pbaruah
A popular scheme meant for encourging institutional delivery in Asom is facing almost closure in Nalbari district only because of fund crunch.Sponsored by the National Rural Health Mission (NRHM),...