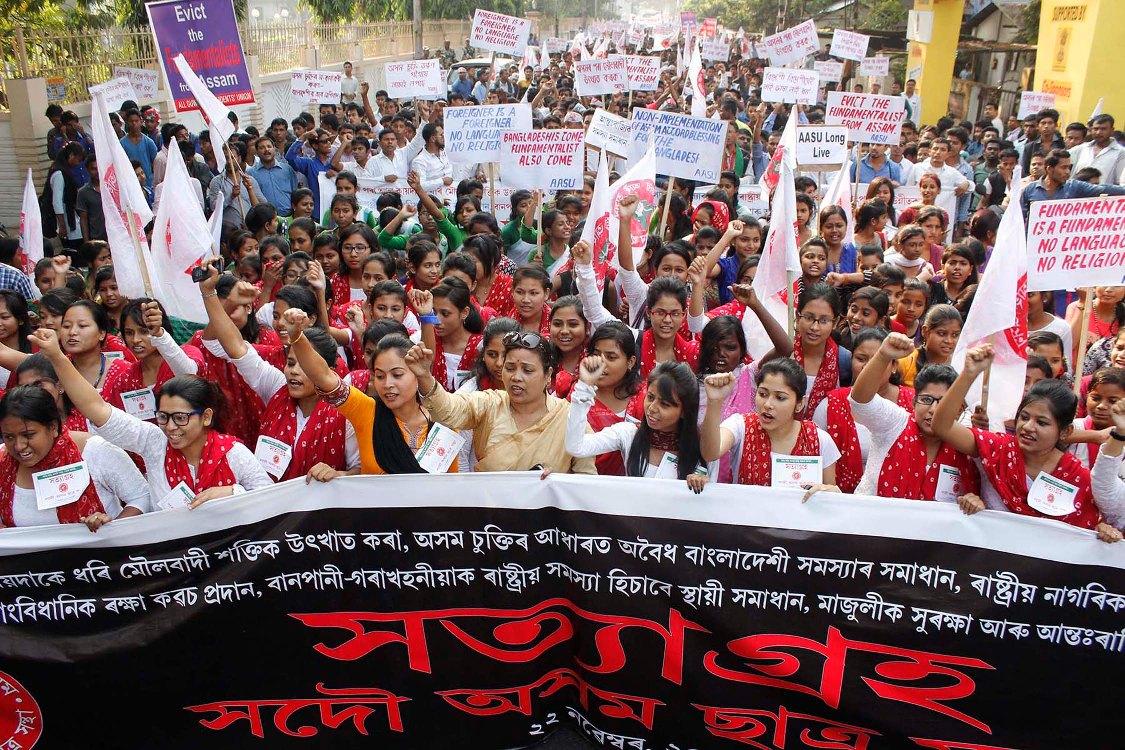 AASU on Saturday pledged not to allow the state to become a safe haven for the fundamentalists and illegal Bangladeshis in Assam. Jihadists, Al Qaedas. In his address at the Satyagraha rally in Guwahati, Bhattacharya demand immediate measures to evict these elements from the state.

Taking a potshot at Tarun Gogoi, he blamed it all on the Chief Minister’s vote bank politics alleging that the government has not sealed the porous Indo-Bangla border. “The number of Bangladeshi immigrants has been increasing and with these immigrants fundamentalists elements have been managing to sneak into the state,” he said.

According to him, a section of immigrants have already settled inside the Kaziranga National Park. He said the AASU will resume a massive agitation if the migrants issue is not settled through the Assam Accord.

The 'Satyagraha' rally began from Latasil Field and went through the main thoroughfares of the city protesting the growth of fundamentalism in the state outlining the demands for declaring the problem of perennial floods and erosions in the state as a national problem and the protection of Majuli, the world's largest river island in Assam.

28 Feb 2017 - 3:01pm | AT News
Manipur police claimed to have recovered a powerful bomb in Imphal hours before Rahul Gandhi’s arrival poll campaign on Tuesday.The crude bomb was recovered at Basikhong Torban in East Imphal where...

24 Sep 2013 - 5:46pm | AT News
Police claimed to have killed a hardcore ULFA militant at an encounter in Goalpara district on Tuesday.The encounter took place at Dudhnoi bordering Meghalaya during an operation led by Guwahati...