No flood warning system for NE!

CHANDAN KR DUARAH: The North Eastern Space Application Center (NESAC) in Umiam (Meghalaya) failed to alert people of the region despite its claim over its success in flood warning system. The devastating flood in states of Meghalaya and Assam killed at least 106 people in last week. The satellite based Flood Early Warning Systems (FLEWS) developed by NESAC had successfully predicted nearly 85 percent of major floods in the north east during the last few years.

But this time non-cooperation of the Central Government agencies in India led to failure of  flood early warning in the state of Meghalaya and Assam which could save lives died in recent flood. But it is lamented that the Centre is not getting required data from central and state government agencies. The space center has been struggling to collect data from central and state agencies in view of the security threat perception surrounding the northeastern states.

This reluctance to share data has only put a hindrance for the space centre to implement various programmes including Flood Early Warning Systems (FLEWS) also. Lamenting the non cooperation an official of NESAC said its people working in isolation need an integration of data as the space community has a greater role to play in improving preparedness for various disasters.

The early warnings issued by NESAC provide information about the revenue circles and the probable villages that may be affected due to flood enabling the administration machinery to prepare and respond to the likelihood of the flood. FLEWS, which covers 15 flood prone districts in Assam, has added seven more districts prone to flood while another five districts including Kamrup were partially covered under the system.
The Central Government has also added 24 river catchment areas covering as many as 68 rivers and streams in the FLEWS forecasting book. The Centre launched the system in line with the recommendation of that 40 million hectares of land in the country is prone to flood bringing with it risks to human, livestock and agriculture.

Sypnotic rainfall advisory is also part of the system in which high definition satellite images The Central Government launched the system in line with the recommendation of the National Flood Commission which the recommendation of the National Flood Communication which reported that 40 of the cloud formation, motions and qualitative precipitation estimation which also helps in identifying the affected areas. Other projects undertaken by NESAC also included forest fire alerts. Under this project, the center said 33,072 forest fires took place between 2001 and 2014 in the region.

The study was undertaken by the Central government under the North Eastern Regional node for Disaster Risk Reduction which was well received by respective Forest departments, scientists from NESAC said. But it has been struggling to collect data from some central and state agencies in view of security perception surrounding the Northeastern states reasons.  The reluctance to share data has only put a hindrance for us to implement various programmes, like the Flood Early Warning System effectively.

The space centre has initiated various programmes, including establishment of the space center like NESAC set up by central government to develop high-tech infrastructure support for the northeastern states and has been identified for disaster-related issues, should be provided with the database generated by various state and central departments for analysis and generation of planning inputs, which will help in decision-making and implementation of various programmes more effectively.

Nevertheless, with its limited resources the NESAC is assisting various central and state departments to use separate technology for their planning processes and also enhance the implementation of central schemes effectively to bring economic inclusive growth at the grass root level.

It is felt that with cooperation of governments, a system for data should be created that will help in decision making and implementation of various programmes. 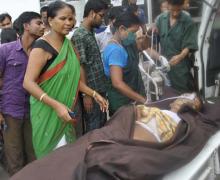 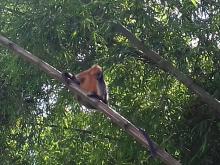