9 Aug 2014 - 10:05pm | Hantigiri Narzary
The Bodo Sahitya Sabha has been organising an open discussion  on Sunday at Commerce College auditorium hall in Kokrajhar to building peace and unity among Bodo organisation as well community.... 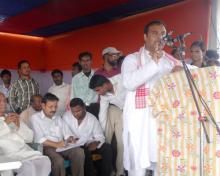