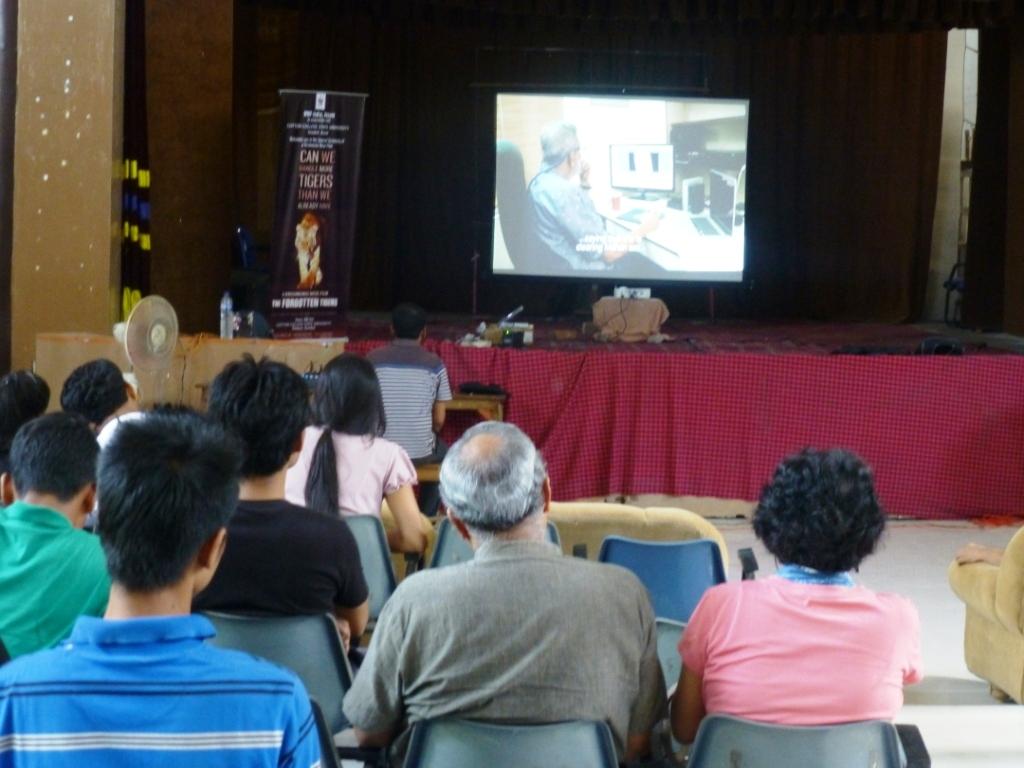 WWF-India in association with the Cotton College State University (CCSU) today screened a 54 minute film titled: 'The Forgotten Tigers', by eminent wildlife filmmaker Krishnendu Bose. The screening followed a discussion by the filmmaker on ‘Tiger Conservation’ at the KBR Auditorium of CCSU.

A thought provoking documentary, the film features the plight of tigers living outside tiger reserves and the whole issue of gaps in human and other resources for their protection. It highlights the problems that the forest department personnel face on the ground, and brings up the question of social carrying capacity and the problems faced by the communities living in proximity to the tigers.

The film addresses tigers across the country, mainly in Madhya Pradesh, Uttarakhand, West Bengal and Karnataka. It showcases fantastic footages of tigers and brings in new perspectives about tiger conservation in the country.

17 Feb 2017 - 1:52pm | Sanjoy K Kakati
One and a half months have passed since the state started the new academic year. But the students gave yet to receive all textbook free of cost from the government. This has forced the All Assam...