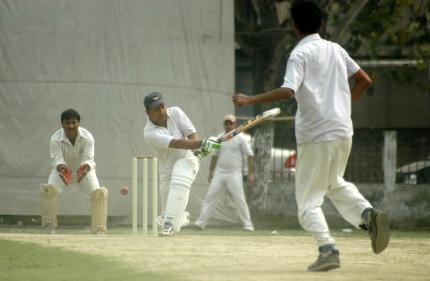 The winner Dainik Batroi scored 216 in full 20 over losing five wickets. The Assam Tribune chased the target but fell short and lost the game by 74 run.

Next match was played between Photo Journalist eleven and The Sentinel eleven, where the former one scored 211 in full 20 over. The Sentinel could score only 79 losing all the wickets.

The final match of the tournament is scheduled to be held on March 23.

The Sentinel 79 all out

30 Jun 2007 - 9:33am | mousumi
After the famous “Ambubachi Mela” came to an end in Kamakhya, 17 of its devotees got unwell due to unhygienic food consumed there. The Guwahati Police and the Guwahati Municipality board...

After flood, the new killers are Tiger and Rhino in Upper Assam, Rhinos all over Upper Assam