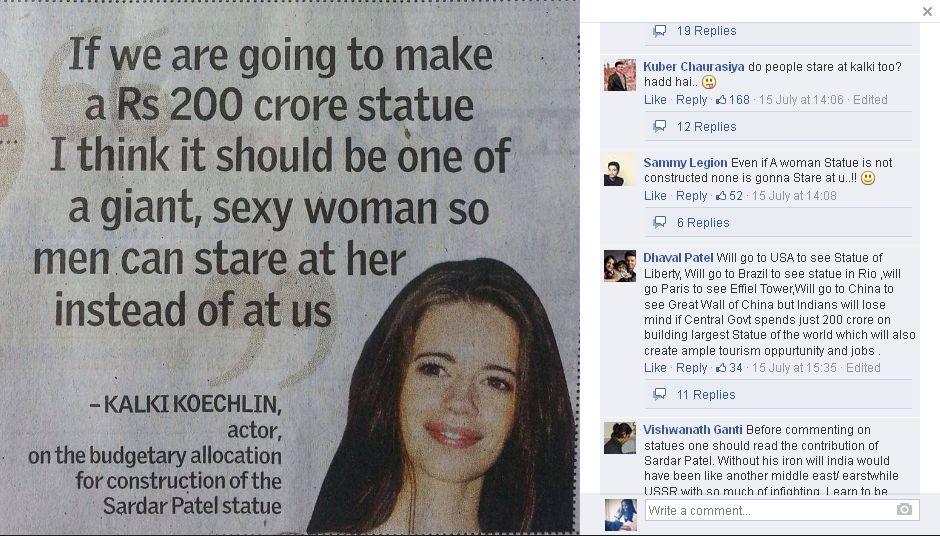 A lazy Thursday evening lying in bed and exchanging light banter with a few friends. After a pause in the conversation, one of my friends who studies in a reputed university in Noida comes over and offers to show me the latest videos on his phone: interesting stuff he has received on Whatsapp or downloaded from the net. A couple of videos later, I come across one which at first is not clear to me at all, I can just make out that the person who’s recording is saying something (though I don’t understand what), and what looked like a window through which two people could be seen. The video had been shot from outside the window. The image became clear to me only after some moments: they were two girls, one in her lingerie, kissing each other.

For a few moments immediately after, I felt intense pain as my brain grasped the implications.

Since years now, the women’s empowerment movement has gained momentum in huge strides, especially when the activism aspect is concerned. Severe incidents of torture on women in major cities as well as minor, like Delhi, Mumbai, Bangalore, Gauhati, across Uttar Pradesh, West Bengal and all over the country, have triggered protests and fiery debates and brought up the issue of women’s safety to the forefront.

It has also been pointed out that the numerous rapes and sexual harassment cases from small towns and villages, of women belonging to lower economic classes, are largely ignored, whereas even one such case from an ‘educated’, ‘upward’ class is thrust to the limelight and gains much more attention than others.

Let’s take a moment to examine the case at hand. The video I saw actually wouldn’t let anyone identify the people in it; it was too hazy. However, the facts are these: it was done by someone in the age group 20-24, who was studying at a reputed institution, and who is definitely not unfamiliar to the concept and existence of homosexuality.

And also alarming is the fact that the women in this case were my friend’s college-mates, and he still had no compunctions about the whole thing. This brought to mind another incident that happened in 2011, when an ex-classmate had been caught on camera with her boyfriend and the video had been widely circulated: I had mutual guy friends coming up and informing me about it and every single one of them had watched the video in spite of the fact that the girl in it had been their classmate just a couple of years ago. Is that supposed to alleviate the arousal factor of the video if you personally know the woman? Rather, should it not make you stay away as a mark of respect for at least the women you know? It would be too much to expect all men to stay away from degrading all women because let’s face it, a situation like that is years, maybe centuries away. But if we can’t even expect to be respected by the men we personally know, if we can’t expect them to stand up for our dignity, then whom do we rely on to make things better?

It’s a fact that most sexual harassment cases are committed by acquaintances. It starts right from childhood, on a daily basis, all the groping, pushing, touching. What’s a bit surprising, and disappointing, is that it continues even now, when we are in our twenties and still can’t expect better from our peers, from men who claim to be decent and women-respecting and men who have been brought up in similar backgrounds and are ‘educated’ enough to read this article and have enough ‘knowledge’ to maybe even respond to it in some way (most probably negative). What’s disappointing is that those men still find it funny to use the word ‘rape’ for random things (like what happened when Germany ‘raped’ Brazil in the FIFA semi finals) and confidently protest when pointed out that it might be unfair to do so. What’s disappointing is that the fact that some woman is a lesbian still makes a man smirk. What’s disappointing is that men react like this when Kalki spoke on a woman’s right to be respected (and to note that the top comment seen here is the one that had the most likes on the whole thread). What’s disappointing is that the first meet with many of these ‘educated, sophisticated’ men is always an analysis of body parts and nothing more.

So where is the hope?

2 Sep 2015 - 10:11pm | AT News
The ongoing impasse over PIL in Gauhati High Court on Wednesday touched an all time low when a section of the agitating lawyers tried to prevent the acting Chief Justice from entering into the court...

30 Jan 2014 - 2:11pm | AT News
AASU activists across the state on Thursday staged dharna in protest against the fielding of Sanjay Singh in the Rajya Sabha polls.Students in districts and sub divisional headquarters hanged ...