On the other hand, the death toll in the Japanese Encephalitis outbreak has reached 93 this year.

2 Oct 2017 - 6:40pm | AT News
Following the call from the national media fraternity, the city based journalists today demonstrated their resentments against the relentless killing of scribes across India in front of Guwahati...

3 Jun 2015 - 3:12pm | AT News
At least 850 special police officers have threatened self immolation if the authorities fail to implement the promises. Addressing a press conference in Lumding on Wednesday, the policemen who... 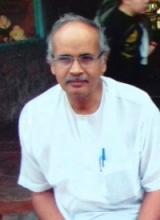