Senior Congress leader Anjan Dutta will call on Congress president Sonia Gandhi and Rahul Gandhi on Saturday to clear his position on the dissidence within the Congress legislature party.

The former transport minister, who wants Gogoi to continue as chief minister is expected to urge the Gandhis to settle the entire issue soon to avoid further damage hardly two years before the assembly polls.

Dutta, who was summoned by the party high command reached the capital on Friday and cleared his position before AICC leader Dr CP Joshi..

26 Nov 2008 - 5:24pm | editor
A newly recruited ULFA cxadre has been arrested in upper Assam's Sivasagar distirct on Wednesday. According to information, the ULFA cadre is Dibanta Saikia, who was apprehended during a joint... 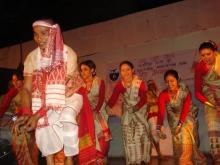 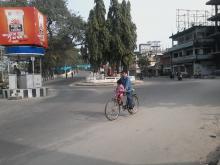