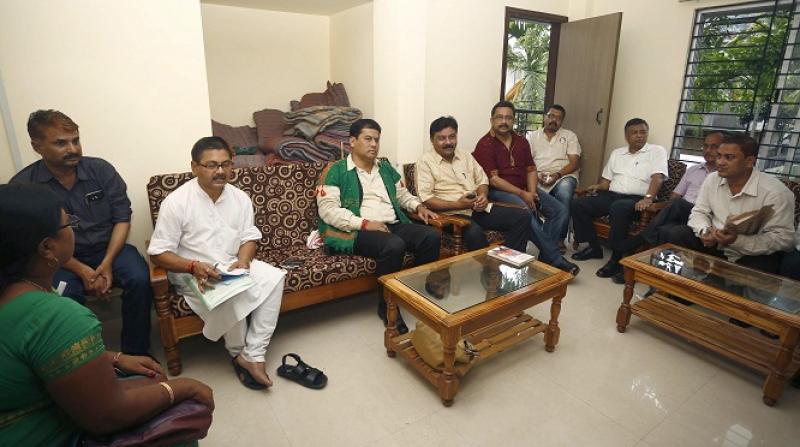 BJP leaders are pouring in at Kohora in Kaziranga to attend the huge convention on Saturday to discuss the party’s strategy to wrest power from Congress in a phase manner.

Senior party leaders told Assam Times that the party’s first and foremost work is to formulate strategies to win three seats in the bye elections in Silchar, Jamunamukh and Lakhipur.

The convetion is expected to discuss these strategies in detail apart from the mov to elect a new leader to replace Sarbannda Sonowal who recently took over as Union minister.

On the other hand, a section of party leaders are set to take up the issue of the various civic body elections who have been put on hold for months.

Party leaders said that these are the steps they have at hand right now. These strategies, if proved correct, would be finlised in the 2016 assembly polls which would help them get 84 seats.

24 Oct 2015 - 6:58am | AT News
A special on Saturday at Haflong is all set to end the on going deadlock at the North Cachar Hillls Autonomous district council on Friday. Convened by Governor PB Acharya, The session is begining at...