30 Sep 2014 - 10:32pm | Hantigiri Narzary
Security forces in Chirang arrested yet another NDFB(Songbijit) cadre from  Runikata Tinali on Tuesday a day after four cadres of this outfit were killed at an encounter.Identified as Simang... 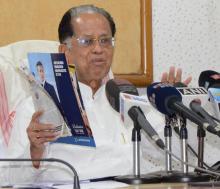