At least nine people were killed and five others sustained serious injury when a truck collided its head on a winger in Goalpara district on Wednesday. The tragic mishap took place at Dhupdhara at 5.30 in the morning on the National Highway where the 15 seater vehicle carrying a cultural troup from a function at Matia. Eight people include singer Sumanta Mahanta died on the spot while another succumbed to his injuries on the way to the hospital. The truck managed to flee from the spot. Local residents in large number came to the rescue and rushed the injured to the hospital.

4 Nov 2007 - 12:45pm | luitneildon
The Nehru Stadium wicket will be in favour of spinners. So said Team India captain Mahendra Singh Dhoni ahead of Monday's one-dayer in Guwahati. Addressing a pre-match press conference, the winning... 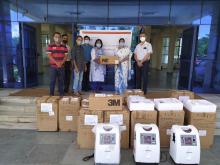 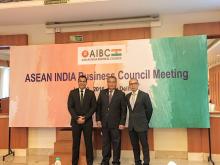 30 Jul 2016 - 1:14pm | Abdul Gani
Assam businessman Habib Chowdhury who has been made the chairman of ASEAN India Business Council for Lao PDR said that he is planning to organize developmental works in his home state.  “I feel...