Stage set for polls in Nagaon 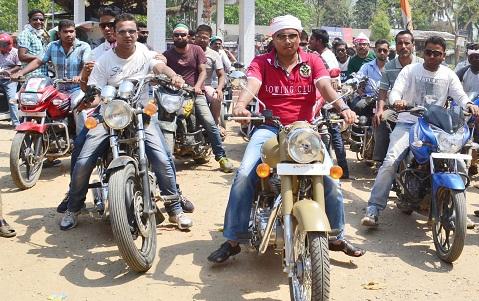 Come Thursday. Altogether 15,12,151 voters are prepared to exercise their franchise to decide on the fate of  seven candidates in the final phase of the Lok Sabbha polls.

The voting will begin from 7 in the morning at 1,891  booths which will end only at 5 in the afternoon. Heavily guarded by the security forces, the polling officials have already reached their assigned booths.

The crucial constituency is locked in a triangular contest among BJP Congress and AIUDF. Sitting MPP and BJP candidate Rajen Gohain is facing a tough contest with Congress candidate Junjunali Baruah while AIUDF leader Dr Aditya Langthasa is certainly make a dent the BJP and Congress strongholds.

7 Jan 2012 - 3:11am | editor
At least 30 workers sustained injury when the bridge they were building collapsed in Dhemaji district on Friday. The incident took place at around three in the afternoon where eleven of the...

30 Dec 2016 - 12:33pm | AT Kokrajhar Bureau
Villagers from greater Bengtal area of Chirang district joined hands in a protest rally carried out on Thursday against killing of Ratna Narzary (42), an innocent villager of Kumguri village of...