Chief minister Tarun Gogoi is sure of Congress victory in 10 seats in the on going Lok Sabha polls.

Talking to reporters in Koinadhaora on Tuesday, Gogoi reiterated that his party has the target of 12 seats.

“But I am confident of victory in at least 10 seats,” said the chief minister who said that the impressive performance of his 13 year old government would pay good dividends on May 16 when the votes would be counted.

Gogoi’s confidence assumes significance a day after NDTV opinion poll predicted 8 seats for Congress, 1 seat for BPF along with 5 other seats for BJP. 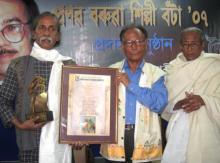