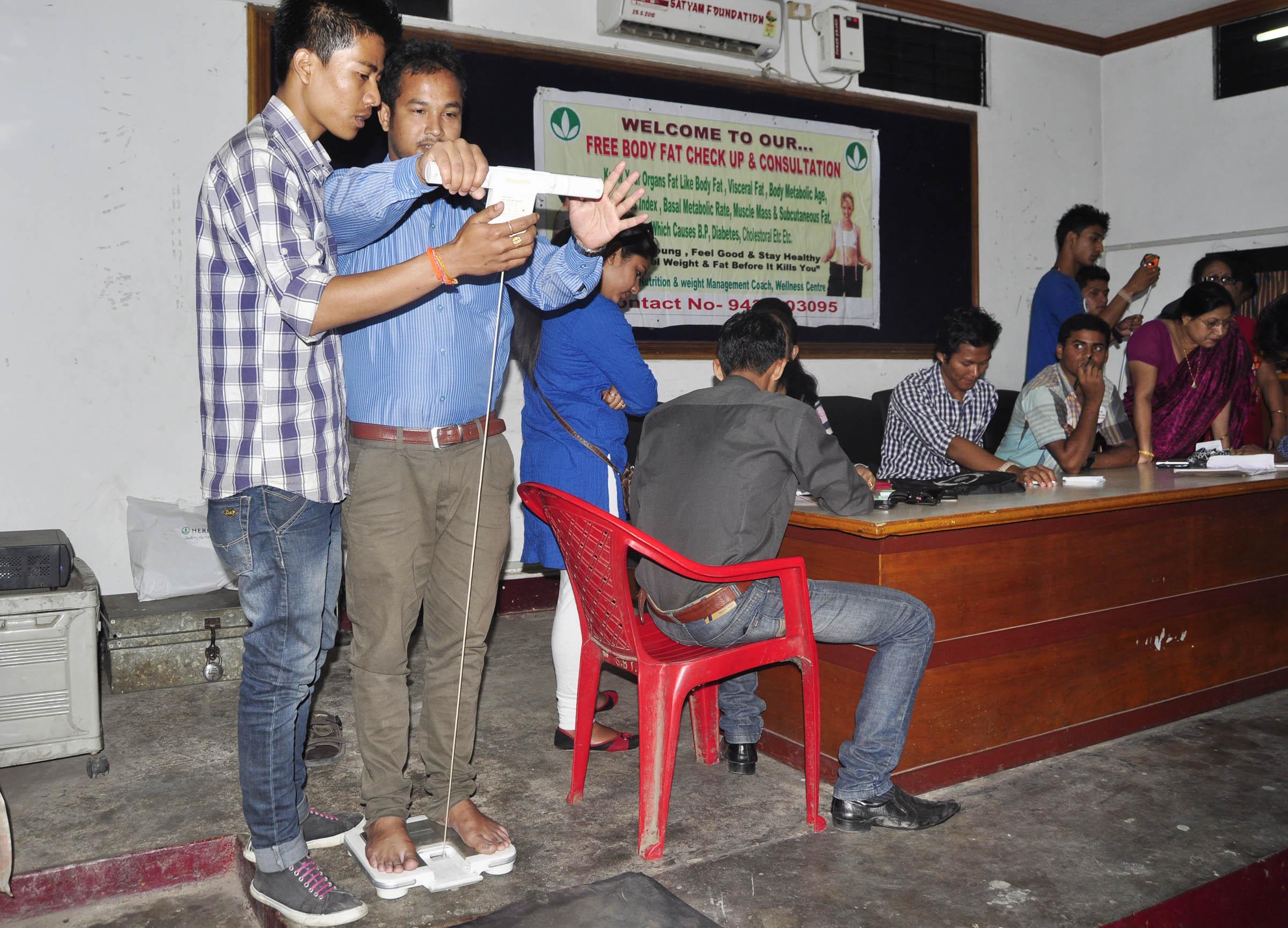 Most of the journalists who attended the body-fat check-up camp for scribes in Guwahati Press Club today (Wednesday) diagnosed with preliminary obesity problems.

Organized by Wellness Centre, Guwahati the camp witnessed nearly 100 media persons' participation in the camp. While the male journalists were diagnosed with overweight, most of the female scribes were reported under weight.

16 Sep 2008 - 2:13pm | Dibya J Borthakur
At around 5-30 pm on Monday, a grenade exploded near the Autonomous State Demand Commitee (ASDC) office in karbi Anlong district where a person was killed and four others injured. According to...

20 Dec 2007 - 2:52am | editor
Assam Chief Minister Tarun Gogoi has urged the Centre to change the pattern of fundings in the Central-government scheme saying that the decrease in the borrowings from small savings could force...