Finally, the axe has fallen on Mani Kumar Subba. Congress leadership on Monday suspended the former Tezpur MP four days after he submitted nomination papers as an independent candidate.

During the last couple of days, Subba has been speaking ill of the Congress leadership saying that he was not worried of this raw deal and that he has thousands of supporters who would help him win the polls slated for April 7. 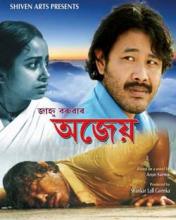 15 Aug 2014 - 8:38am | Indrajit Das
Films from northeast at the “Fragrances from the North East” will be screened at New Delhi on August 22-24. The 3-days event is being organised by the Directorate of Film Festivals at Siri...