Despite stepped up vigil rhino poachers continue to strike in Kaziranga.

Poachers have in this national park killed yet another rhino on Wednesday. The incident took place at Kohora range of the world heritage site where the carcass was found. With this, the number of rhino poaching cases has crossed 17 during the last two and a half months. 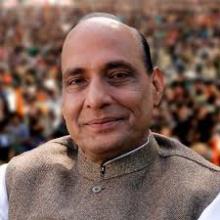 7 Dec 2017 - 10:50am | AT News
KOLKATA: Union home minister Rajnath Singh is hunkering down in Kolkata on Thursday with the north eastern chief ministers and home ministers to discuss the trans border situation. Apart from...