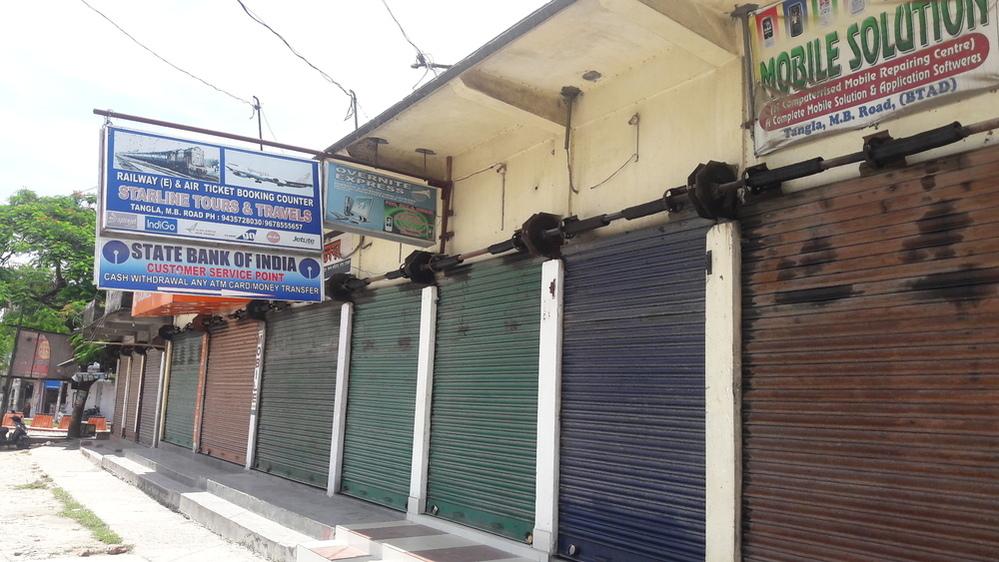 UDALGURI:  The 24 hour state wide bandh jointly called by All Koch Rajbongshi Students' Union(AKRSU), All Assam  Koch Rajbongshi Mahila Sanmilani (AKRMS) and Chilarai Sena in demand of ST status to Koch-Rajbongshis and kamatapur">Kamatapur statehood demand brought normal life to a standstill in various parts of Udalguri district on Friday.The bandh paralysed normal life with business establishment,government,private offices, markets and shops remaining down shutter.The major townships of the district including Kalaigaon,Tangla,Dimakuchi,Mazbat,Khoirabari,Rowta,Harisinga Mazbat,Panery,Udalguri,Rowta evoked full response.The commercial and private vehicles stayed off the road throughout the day. Paramilitary and police forces were seen patrolling the townships of the district to prevent any untoward incidents by bandh supporters. The bandh period passed off sucessfully with no any reports of hooliganism till the filling of this report in the evening.

8 Jun 2016 - 6:29pm | AT Kokrajhar Bureau
Security forces apprehended two cadres of militant outfit and a linkman from different three places of lower Assam’s Kokrajhar and Chirang district on Wednesday. A joint team of police and army...

8 Jul 2013 - 6:56pm | Raktim Baruah
The 7th Annual Brajanath Sarma Memorial Drama Festival will be held in September with participation of theatre groups from across Assam and outside. The festival, which was supported by...