Northeast and its growing International connection

In the age of globalization every region has become connected to the rest of the world. This integration can be seen for Assam and Northeast India as well. The global news from Chinese coronavirus to American election marks an impact on Assam. In todays world foreign policy has become as important as domestic policy. From Nehruvian decision during Chinese aggression of 1962 to Doklam crisis under Narendra Modi, Northeast has been impacted. Northeast has major portion of its boundary with foreign countries which includes Myanmar, Bangladesh, Bhutan and China. Its seen that Northeast India’s social, economic and security aspect has direct link with India’s diplomacy and foreign policy.

Myanmar has Buddhist as well as tribal connection with India. A large ethnic population of the naga tribe has population fragmented across both side of India and Myanmar border. This highlight the cultural link between the two countries. Myanmar has been negatively presented in regards to handling of Rohingyas by the world community. Beside the issue of Rohingya refugees can impact Northeast if not handled properly. India does not want to raise or highlight the Rohingya issue with Myanmar as it would harm its national interest.  Raising the issue would hamper its positive contemporary relation with Myanmar. This would further aid China to make inroads in Myanmar. Hence India’s national interest would suffer.

In context of Bangladesh its seen that a large Bangladeshi population migrated to northeast particularly Assam and Tripura post-independence. The migration continued even after creation of Bangladesh. It led to change in demography particularly of Tripura. In Tripura it was seen that indigenous tribal population had become minority. NRC issue of Assam has also has been a result of Bangladeshi migration. Chakma and Hajong tribal issues also have international connection. Chakmas are Buddhists who fled the Chittagong Hill Tracts in erstwhile East Pakistan after being displaced by a hydel power project, and the Hajong are Hindus who left East Pakistan due to religious persecution. These issues highlight how social issues cross and spillover national boundaries.

Northeast India’s security is also intertwined with the foreign neighbors. Multiple insurgent groups have been active in almost all northeastern states ranging from ULFA, NDFB to NSCN. The foreign connection and boundaries have provided them safe haven. In 1999, it was reported that the porous border between India and Bangladesh has been used by the insurgent groups for movement to and from their camps. In 2001, media reports highlighted the presence of a number of camps in Bangladesh operated by National Liberation Front of Tripura (NLFT), United Liberation Front of Assam (ULFA) and National Democratic Front of Bodoland (NDFM). There are also reports that ULFA has several lucrative income-generating projects in Bangladesh to sustain its insurgency activities in India. However, recently there have been positive developments and the security establishments of India and Bangladesh have been closely cooperating with each other to resolve the problems. Under Sheikh Hasina government, India Bangladesh relation has become stronger.

India-Myanmar share friendly relations and are not involved in any border dispute. Therefore, there is no strict fencing of this stretch. Moreover, as part of an understanding between the Indian and Myanmar government, there exists a Free Movement Regime (FMR) between India and Myanmar. This allows free movement of Indians and Burmese within 16 km of the border without visa restrictions. Though people-to-people ties and socioeconomic relations have boosted. However, its seen that this framework is misused by insurgents and criminals. India has porous boundary with Myanmar. Hence when perused by Indian army, often they crossover and hide in Myanmar jungles. This makes army activity against the insurgents difficult. However, under operation sunrise, Indian forces acted on insurgents, by crossing over the Myanmar border. This led to decline in militant’s tactic of using the porous border for safe cover. India-Myanmar in 2019 also had joint operation in which they destroyed several militant camps of Arakan Army on the Indo-Myanmar border. This action averted a possible threat to the ambitious Kaladan transit and transport project which is important for improving the connectivity in the Northeast. India-Myanmar also conduct Bilateral Army Exercise (IMBAX). Its aimed at building and promoting closer relations with armies. Myanmar is a key partner in the fight to end insurgency in India's northeast.

According to experts, rising China is a threat to Northeast India. China’s palm and five fingers is attributed to Mao Zedong. According to this theory Tibet is considered to be China's right-hand palm, with five fingers on its periphery. These five figures include Ladakh, Nepal, Sikkim, Bhutan, and Arunachal Pradesh. This theory focuses on China's responsibility to "liberate" these regions. In continuation of this theory China has often carried aggression against India. It has also been issuing stapled visa to Arunachal Pradesh for past few years. Chinese also been believed to be providing arms and ammunition to insurgent’s groups. An aggressive China can’t be trusted.  Besides China it’s believed that Pakistan is also using the northeast foreign connection to radicalise the youths. Many Pakistani- ISI fonts has been using both Bangladesh and Nepal route to destabilise the region. The international border has often been used to smuggle fake currency, arms and ammunition. Security forces have also highlighted frequent cow smuggling been done from Bangladesh border.

Another non-conventional security threat for northeast has been drug trafficking. Drugs produced in the ‘Golden Triangle’ enter India through Mizoram, Manipur, and Nagaland from Myanmar. This has become a major problem for security forces. Drug corridor is an easy source of income for insurgents who collaborate with criminal gangs to smuggle drugs across the border. Illicit drug cultivation in the region also causes environmental damage in the form of river pollution. Toxic chemical wastes generated are stealthily dumped into rivers flowing in the region. Pollution of rivers flowing between Myanmar and Northeast India like the Kaladan River will not only endanger the marine ecosystem but also cause health problems for the people living here. Drug trafficking is a major transnational organised crime with the potential to undermine national security. The growing nexus between drug smugglers and terrorist groups is a growing concern. Such complex security concerns can be dealt with a comprehensive review of military and governance arrangements along with effective coordination between the centre, state and transnational governments in the region. Accordingly, we need a holistic national security policy that not only caters to military threats but also to the emerging non-conventional threats of today.

Its seen that northeast India also has economical connection to its foreign neighbours. The Geographical location of the North Eastern Region stands itself as the most favourable location to focus on implementation of India’s Act East Policy. The entire North Eastern Region (NER) is the gateway to the South East Asia. Therefore, the development of communication infrastructure of the north eastern region is very important so that it can be linked to the neighbouring South East Asian countries. Japan-India Act East Forum is a right step in this direction. Its aimed to assist the NER states to attract Japanese technology and investment.

Transnational infrastructure forms the backbone for better relation and development. Hence India is building Kaladan Multi-Modal Transit Transport. It will link Kolkata to Sittwe in Myanmar and then form Myanmar to India’s north-east through Kaladan river.

Another project is Asian Trilateral Highway to be built by India, Myanmar, and Thailand. This road will connect India to ASEAN. India has also been building border haats along Bangladesh border. This would help in development of border population. Northeast India also holds importance for Bangladesh, Bhutan, India, Nepal (BBIN) Initiative and Bay of Bengal Initiative for Multi-Sectoral Technical and Economic Cooperation (BIMSTEC). Motor Vehicle agreement done under BBIN would have positive implication for northeast. The road will boost India’s trade and commerce with the rest of Southeast Asia. All this will aid Northeast India’s development in 21st century. Northeast India has also become integrated with the world. This holds true in social, economic, security and geopolitical perspective. With rising Asia, there would be rising Northeast. 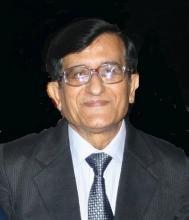 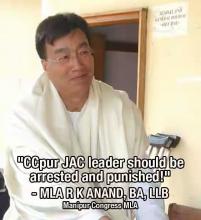