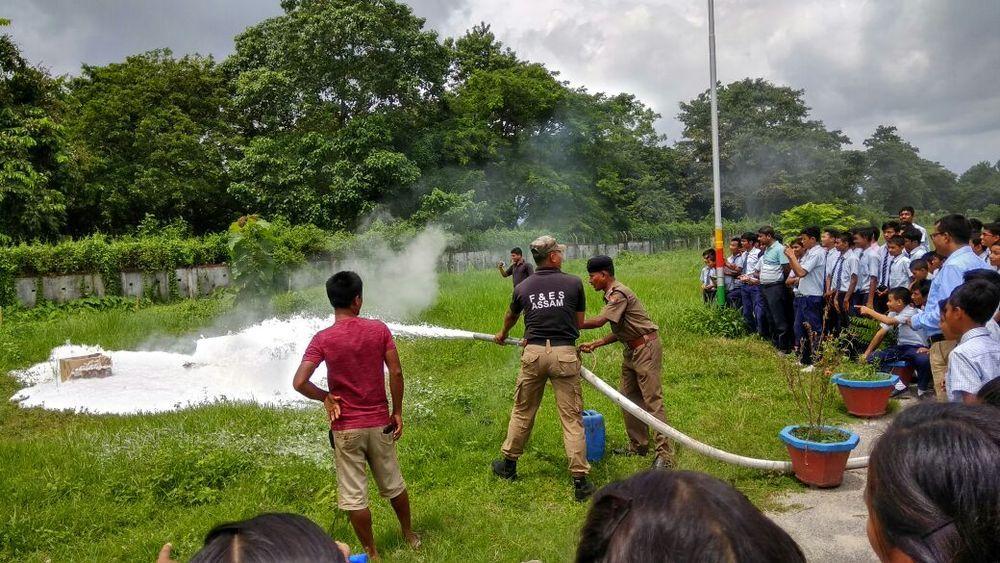 UDALGURI: The Udalguri district Fire and Emergency Services in collaboration with District.Disaster Management Authority, Udalguri conducted a mock drill on fire safety in the presence of students and teachers of Jawahar Novodaya Vidyalaya(JNV), on Thursday. On the occasion, the students and teachers took much interest in the mock drill presentation. BR Khedkar, principal of the school, Dipankar Choudhury,field officer, disaster management, Udalguri revenue circle and officers from the fire and emergency services apprised the students on  'know how' rescue policies during the emergency situation.

18 Nov 2007 - 9:52am | pbaruah
Three Tiwa organisations are all out to halt the panchayat polls in the areas falling under the Tiwa Autonomous Councils. According to information, these bodies are calling for a 48 hour central...

30 Jan 2014 - 2:11pm | AT News
AASU activists across the state on Thursday staged dharna in protest against the fielding of Sanjay Singh in the Rajya Sabha polls.Students in districts and sub divisional headquarters hanged ...

2 Apr 2012 - 10:42pm | Anup Biswas
To provide relief materials and assistance to the villagers, Dilip Nunisa, Chairman, DHD along with DHD leaders visited Kolaidisa village of Dima Hasao on Sunday where 15 houses were burnt due to...