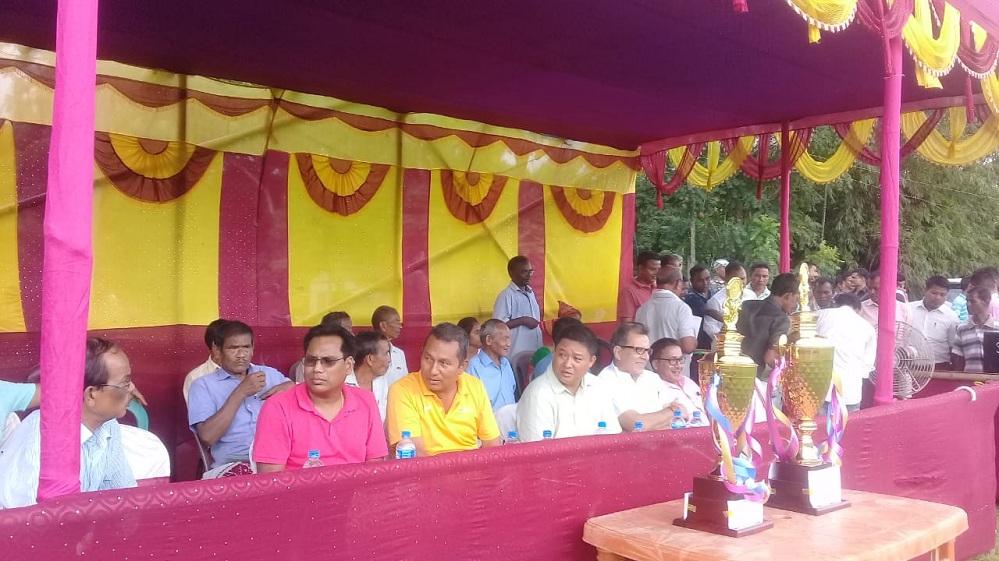 For Bonzar, Dwimalu Basumatary scored first goal in 3 minutes.Again Dhanjit Boro and John Narzary scored one each goal in 4 and 12 minutes against Nahata sports club. Kupit Roy of Nahata netted lone goal against Bonzar which reduced 3-1 goal in 8 minutes.

Goyary said that sporting environment must prevailed in the region. He said that BTC administration has been emphasized to make healthy uplift.

President of the organising committee,Dipak Kumar Rabha said that the sports tournament has been organised to create sports environment among all sections of society in the region.

11 Jun 2017 - 9:30pm | AT Kokrajhar Bureau
Police apprehended three out of four accused including a police constable on Sunday morning in connection with Tarinipur gang raped of a pregnent woman on June 3 under Gossaigaon PS. The accused...

26 Feb 2009 - 8:15pm | editor
Government have considered and approved the request of the Assam Government for conversion of Institute of Advanced Studies in Science and Technology (IASST), Guwahati, presently under the Government...