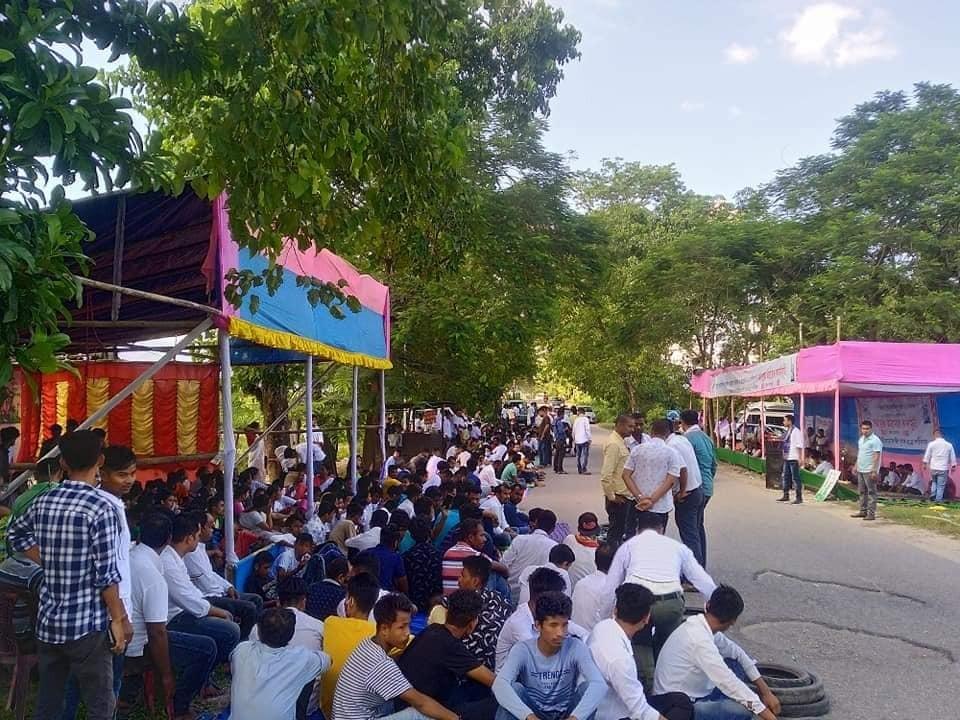 The AJYCP has started an indefinite blockade against the Lower Subansiri Hydropower Project on Tuesday morning.

The AJYCP is one of the major organizations protesting the big dam over the past decade.

They ask to implement the decision taken in the discussion on Lower Subansiri held on December 12, 2014, in Delhi. The discussion in Delhi was chaired by the then Minister of Power, coordinated by Swarbananda Sonowal decided not to start construction work before finding any solution. Additionally, a project oversight committee was established to oversee the project. But the NHPC has continued the construction work since last year.

"Arrest is not a solution; we will continue the protest until and unless any solution arises, we want cooperation from the government," Palash Changmai said during their forcible arrest.

According to sources, the

The MP and current Education Minister, Dr Ronoj Pegu from the district, led the anti-dam movement earlier, which has not been seen in a few years. Even the current Home Minister Rajnath Singh protested the Subansiri to strengthen the BJP before they came to power. Prime Minister Narendra Modi also spoke out against the big dam during his electoral campaign in Pashighat, Arunachal Pradesh, in 2014.

Because of public demands, the protesters were released after one hour of police custody.

Local people are calling on all organizations to make an intelligent decision to stand up for downstream communities. In addition, call on all political leaders to solve the tension as soon as possible.

21 Aug 2011 - 12:09am | AT News
Assamese violinist Sunita Khaund Bhuyan performed for the Shradhanjali ceremony in Mumbai, paying homage to Shri Rajiv Gandhi - the Late ex-Prime Minister of India on his 67th birth...

31 Jul 2008 - 2:01pm | editor
The All Assam Students Union has called it a warning call for the people power when the Gauhati High delivered a landmark judgment on illegal Bangladeshi migrants.Talking to reporters on Wednesday,...

THE BAGHJAN BLOWOUT: The Disastrous Oil Spill in Upper Assam and its Impacts
Ranganadi: Dam, dyke and flood: Whose responsibility to be fixed?