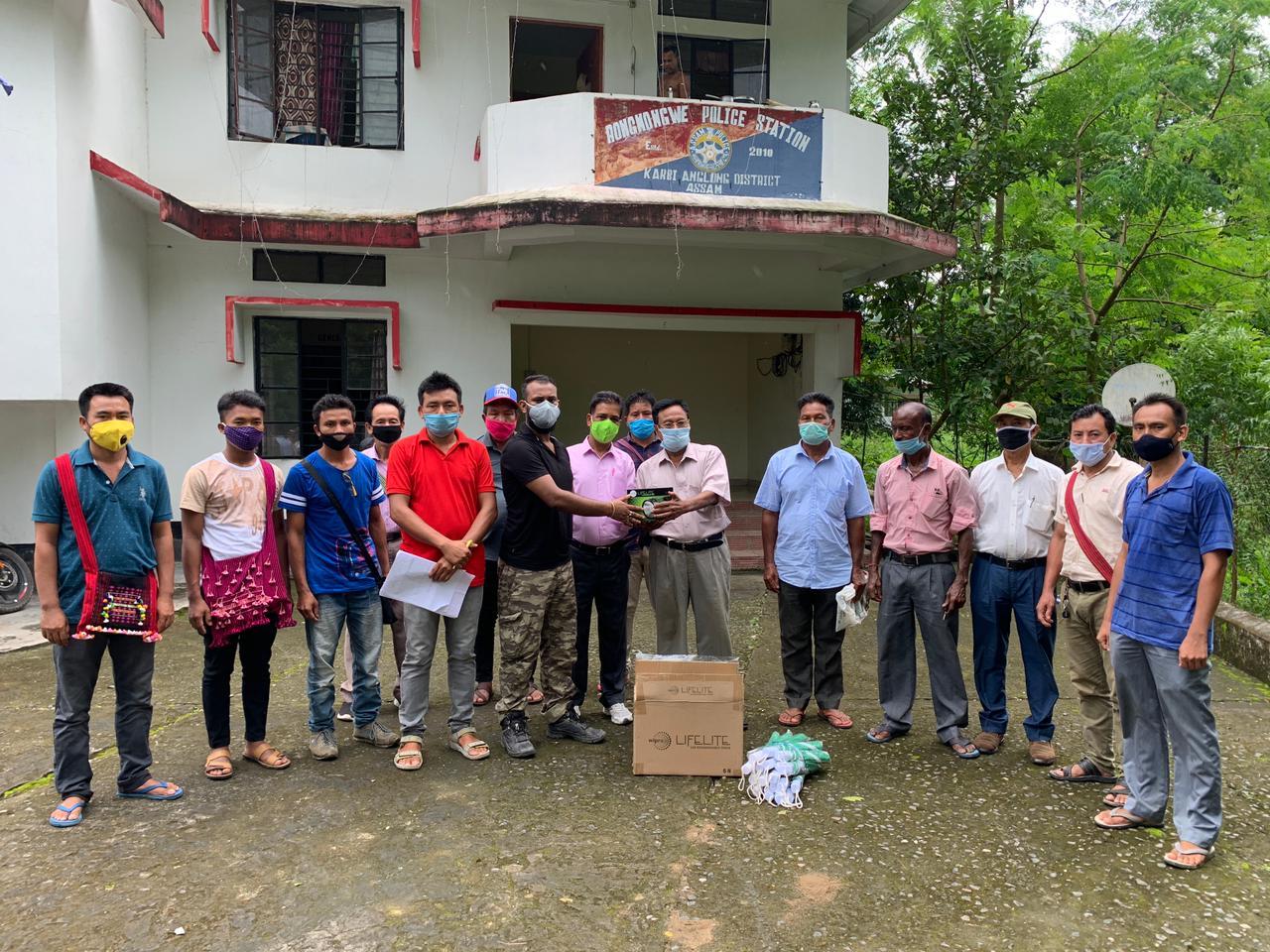 Aaranyak, an NGO, has provided village defence party (VDP) of Dolamara and Rongmongwe area of Karbi Anglong with some field equipment.

On July 15th, six teams of Village Committee members were gifted six torch lights and eighteen umbrellas when a meeting was organized to explain the importance of animal monitoring.

The main objective of the distributions was to encourage village communities to protect wildlife and monitor animal movement during high floods in the Kaziranga National Park. Therefore, they could monitor wild animals when they enter villages for shelter in the Karbi Anglong Hills.