AICC poll panel is holding a close door meeting in New Delhi on Thursday to clear the list of candidates for the upcoming Lok Sabha polls.

Earlier, the screening committee has prepared the list and sent to the party’s poll panel for approval.

Chief Minister Tarun Gogoi is leaving for the capital on Thursday to attend the meeting.

The list is expected to be announced on Monday or Tuesday.

4 Oct 2010 - 3:18pm | Jayanta Kumar Das
In a bid to garner fringe villagers' goodwill and cooperation, the authorities of Rajiv Gandhi Orang National Park have formed 11 Eco Development Committees (EDCs) from amongst the peripheral...

13 May 2018 - 2:33pm | Akshaya Pranab Kalita
NAMRUP: Simmering protest erupts in Namrup on Sunday when people thronged in thousands in the heart of the industrial town opposing the Citizenship (Amendment) Bill 2016 that promises Indian... 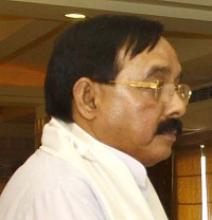