I will work for Assam: Sinh

After his victory in the Rajya Sabha polls on Friday, Dr Sanjay Singh said that he was never an outsider and that he would always think of the people of Assam in his mind.

He told reporters that he would raise his voice on behalf of Assam and the Assamese in Parliament. Dr Sinh and his wife arrived in Guwahati when polling was going on.

15 Jan 2008 - 6:16am | editor
Festive mood grips Assam as people across the state are celebrating the much vaunted Bhugali Bihu with much fanfare and extravaganza. The bihu began with the kindling of the meji at the break of the... 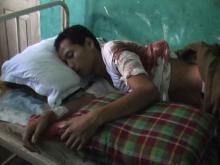