Security forces are spreading tentacles in the nook and corner of the state to flush out ULFA, KLO and NDFB militants in the run up the Republic Day.

Guwahati turns into a security fortress with strict vigil to prevent any insurgent elements from entering in to the city to strike after the north east militant outfits issued R-Day diktat.

Police and CRPF jawans are on a combing operation atop the hills surrounding Guwahati in search of militants who are believed to have been hiding with arms and ammunitions. Massive checking of two and four wheelers is being intensified on the streets in Guwahati in search of terror elements

The headache is the two ULFAmen who are leant to have entered the city with explosive to strike on the Republic Day. River policemen are on strict vigil on the Brahmaputra to block the water passage to the city.

Vital roads and bridges along with oil and gas installations across the state are being heavily guarded following ULFA threat reiterated on Thursday.

ULFA’s anti-talk faction threatens to disrupt the Republic Day celebrations with subversive activities forcing the authorities to intensify the combing operation and strict vigil across the state on Sunday.

The warning mail issued two days after ULFA-I along with 11 other militant outfits operating in the north eastern region issued a diktat to boycott the Republic Day celebration. They asked the people to avoid any visit to the public places on that day. 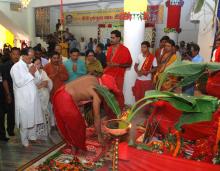 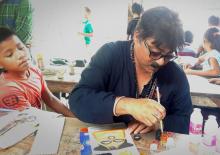 25 Jul 2014 - 9:07pm | AT News
Normalcy is back in Baksa forcing the authorities to lift curfew clamped to avoid yet another string of group clash in the BTAD district. There is no report of any untoward incident during the last...