Films for Change - screenings & workshop in the NE 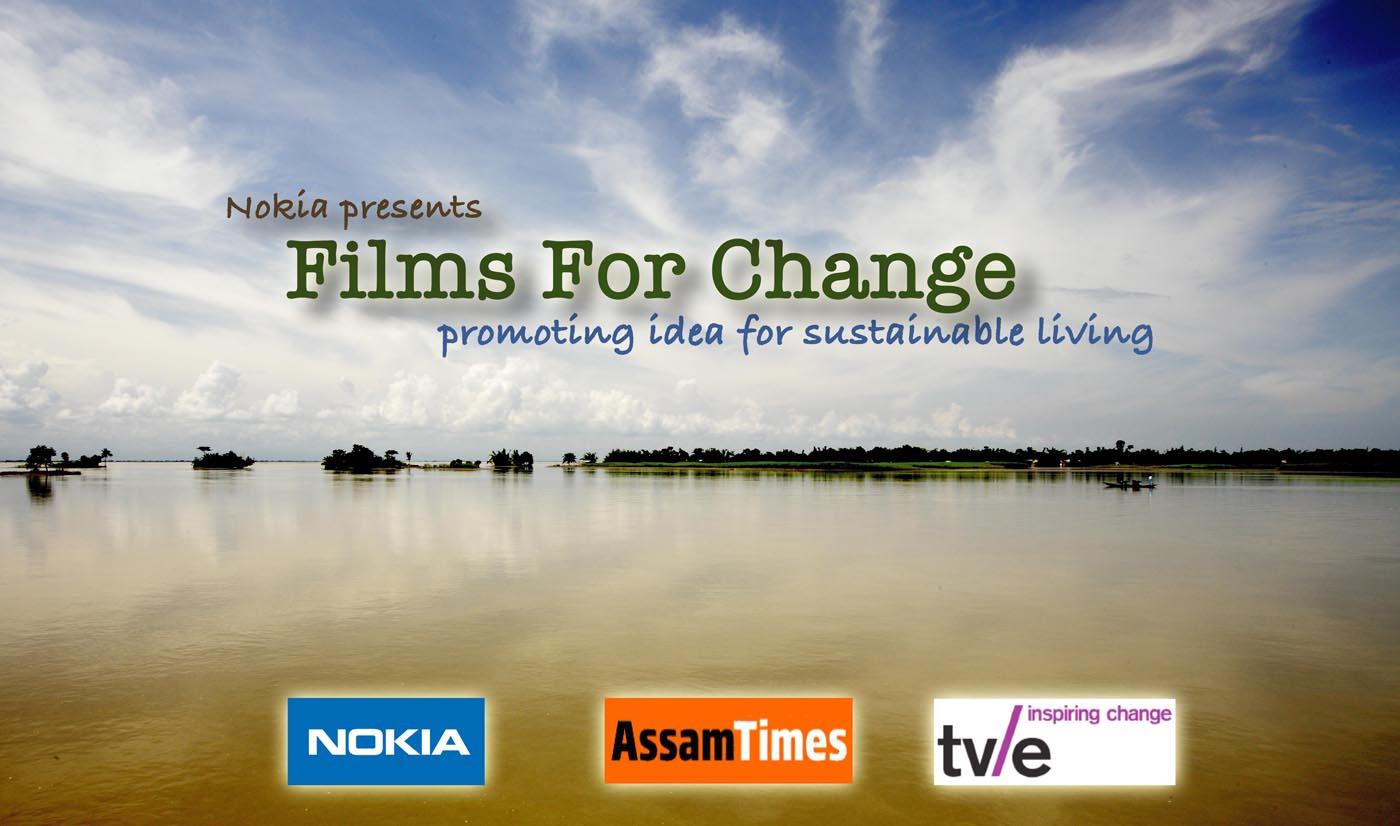 Climate change is a big challenge; and bigger is its humanitarian implication in the growing economies like that of India. There is a huge information and knowledge deficit, affecting environment and climate change.  Despite a very vibrant media and technological platforms, the space available for most critical humanitarian issues like health, education, livelihoods and environment is alarmingly limited - both in TV and mobile media.

In response to this challenge Assam Times Foundation and Television Trust for the Environment, in the 2012 (report attached), partnered to launch a Community Film Screenings project. It focused on environment awareness events in smaller towns. This pilot project was very successful in its reach and impact and has encouraged venturing into yet another phase. In its overarching theme, this phase would also focus on environmental awareness activities to bridge the information gaps and localize the contexts of environment protection & climate change action. To sensitize and prepare for local action, the project would primarily target the youth in the project location.

The project would focus on three core components:

The idea is to make the Films for Change project highly interactive. Thematically organized content shall be curated for screenings. The films shall be provided by AT & tve.

The main objective of this training would be to equip the participants to use filmmaking solutions and creatively advocate the local environmental issues. This hands-on training will focus on the basics- to use mobile phones for shooting, editing software/applications to make short films/videos, and also, how to conceptualize, script.

A national level online film competition is being organized– details will be available shortly.  The winning film-makers will be awarded by Nokia.

Film Screening Event: We propose at least 10 screenings per location. These screenings shall be organized in the standard format as– screening of one/two films, with post screening open debate/Q&A.

The films shall be provided to the partners in advance in DVD format.  The local partners are responsible for organizing the screenings as per their convenience – venue, DVD player with LCD projector are to be arranged. Having a power backup system with UPS or Inverter is advisable.

Film-making Workshop: Resource persons for workshops will be provided - cost of travelling, accommodation, etc. of resource persons will be covered by Assam Times Foundation.

The partners are encouraged to invite local resource person working in related theme/fields.

Promotion: We shall provide some marketing materials such as posters, banners.  The partners may consider promotion of the event locally – SMS, email list, etc. All kinds of pre and post event dissemination/documentation, including photographs, are encouraged.

Feedback: Feedback from audience/workshop participants is to be collected.

ATF is a New Media collaborative of media practitioners working towards a free and democratic media. The Key theme areas are Citizen Journalism, New Media, Free and Open Source Software and Technology. ATF focuses on information networking, dissemination and capacity building across the entire North Eastern states of India.

ATF's standing project is its grant-free online newspaper called the Assam Times. It is a crowd sourced e-paper of Northeast India that runs through community fed news alone- a basic step towards an open and community-driven media.

TVE is an international media organization that works in the area of content creation, dissemination and capacity building for responsible and inspiring visual narratives. Headquartered in London, through its Delhi office, tve operates in the entire South Asia.

It produces, co-produces and distributes a wide range of programmes on environment, development, health and human rights issues for broadcast and non-broadcast, educational and campaigning use worldwide, since 1984.

tve programme output includes documentaries for our two long-running flagship series, ‘Earth Report’ on the global environment, and ‘Life’, on globalization and social development issues. Both series receive first broadcast globally on BBC World News and are then made available - via tve Partners and tve’s London-based distribution office - for regional and national broadcast and non-broadcast dissemination in countries around the world. Recent BBC World News audience surveys show that viewers around the world rate ‘Earth Report’ and ‘Life’ programmes extremely highly.

Discontent in BJP over new comers

7 Sep 2015 - 7:45am | AT News
Sense of utter disappointment is believed to have gripped a section of senior BJP leaders in Assam over the move of nine Congress MLAs to join the party striking secret deal with the central...