The APJA has warned the police administration o keep away their personnel from attacking the journalists in feature. The police attacked the media persons so that they can evade the coverage of their barbaric actions on the agitators. The injured photojournalists include Biju Boro, Rebo Borah, Dibyajyoti Das Rava, Banajit Bhuyan, Rupjyoti Sarma with others. 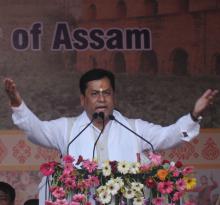